Great Day in the Morning by Deb E. Mohr 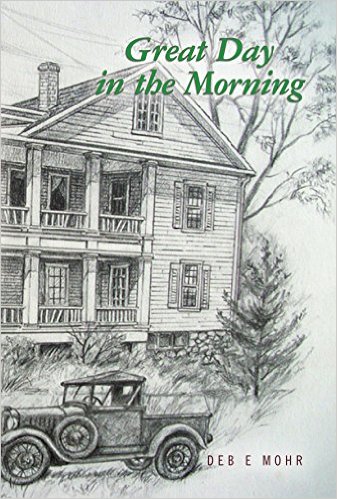 Great Day in the Morning by Deb E. Mohr is a fictionalized account of Grace Ann Dunbar and her time growing up in the 1960s. It chronicles her family and their “help,” presenting many different instances of racism and cruelty in her own family. It begins with the passing of her father, and his warning that she must take account of how some don’t have the privilege that she has. However, her mother is unkind and her brother, on occasion, is cruel. When a black man is found hanging from a tree, Grace suspects that she knows who did it – and the rest of the book explores the effect of such an act and the impact it has on her life.

This book is an account of what happens when you raise children with hate, and how, when hate is so prevalent, people begin to fear asking questions. Grace’s mother becomes complicit in the face of cruelty, and oftentimes ignores or glosses over Grace’s very real concerns. Her brother Parker is the characterization of racism in the 1960s, an atypically bright and cruel boy who uses the hatred of the times to fuel his own sadistic goals. Grace is initially a child who questions the world around her and is often met with unsatisfying answers, and grows into a woman who is kind, like her father. This is a good book. It’s well written and it chronicles Gracie’s ascent into adulthood, along with those around her, in a way that is historically accurate and interesting enough to keep reading. It’s well paced and the characters are well written. The book itself is bound really nicely, and it’s set in a nice font. Pick this one up; it’s definitely worth the read.