The Hollow Queen by Elizabeth Haydon 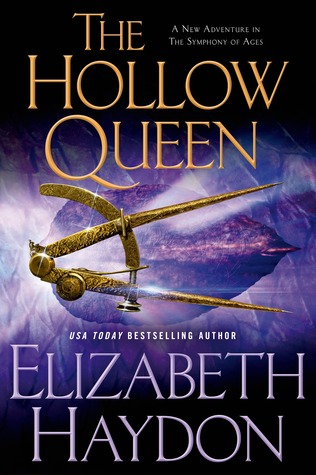 The eighth book in the Symphony of Ages series, The Hollow Queen by Elizabeth Haydon picks up Rhapsody’s story again as war comes bearing down on everyone and the price, especially for Rhapsody, promises to be heavy.

As the eighth book in a series, this is a difficult one to jump into. The opening chapters feel frantic and fragmented, with a lot of information and characters getting thrown at the reader in such rapid succession, a glossary of people and places would be useful in figuring out the who’s who of the Cymrian alliance for those jumping into the novel, and as a reminder for longtime readers. Those readers not already familiar with the series will likely find themselves struggling with tracking characters and keeping up with what is going on. The rate at which the exposition changes perspectives by chapter doesn’t leave a lot of room to connect to the story as a whole or the characters in general. Also, because it is so steeped in fantasy, some of the human element is lost, making it difficult to stay invested and interested in the story as a whole. Readers who are already fans of the series may find more to engage them in this latest release. Overall, The Hollow Queen seems to be a book for those who sincerely love the high fantasy genre as opposed to more casual fans of fantasy.