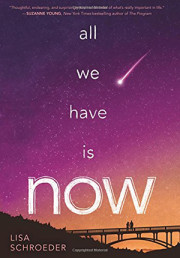 Whitney Smyth received a Master’s in Book Publishing and Technical Writing at Portland State University, following a Bachelor’s in English at the University of Arizona. She took over ownership of Portland Book Review in December of 2014. She also works as a freelance editor and can be commissioned at Smyth Editorial Services and spends what little free time she has on her own writing. Coming from a family of readers she devours an average of one hundred books a year, in a variety of genres. Her favorite authors are far too numerous to list, but include Alexandre Dumas, Mary Shelley, Jim Butcher, and John Green.
You might also like

by Don Messerschmidt on April 22, 2019
Paulo Coelho, the internationally popular Brazilian writer, has published 18 books to date ― fiction, non-fiction, and occasionally a mix of both. His most popular titles include The Alchemist, Pilgrimage, Adultery, and a novel entitled Spy. [...]
comments
Leave a reply

Leave a Reply to Hayden A
Cancel reply