Once They Were Hats by Frances Backhouse 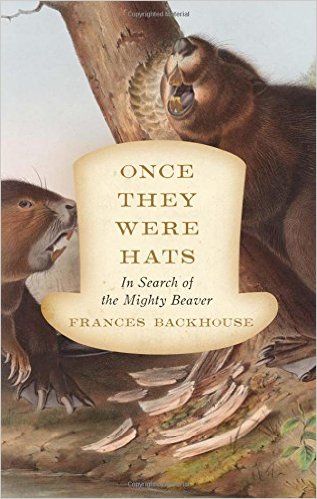 “For as long as humans have inhabited this continent, beavers have played a significant role in our lives.”

Frances Backhouse researched beavers thoroughly in her academic treatise – but who is the readership? Very few people would be interested plowing though over two-hundred pages of dry, though well-written, un-illustrated text on this single topic. Having no visuals, we need to rely on her numerous descriptions; shortening the book significantly with a few appropriate illustrations might have helped interested readers. As is, it’s an academic volume destined for museum and library bookshelves. Right at the beginning, when she described the Beaver Capital of Canada in Saskatchewan, where beaver ponds are so numerous that they show up on satellite images, the readers are looking for maps, aerial photos, or Google Earth images – but in vain. In fact, there are only two tiny black-and-white illustrations of the beaver itself. We learn all about beavers’ ancestry millions of years back, their life habits and layers of their pelts, and, of course, the beaver hats of the book’s title. She includes beaver-hat-making in detail, as well as Indian (First Nation in Canada) lore and stories, but nothing is illustrated.