The Curse of Damini by Debajani Mohanty 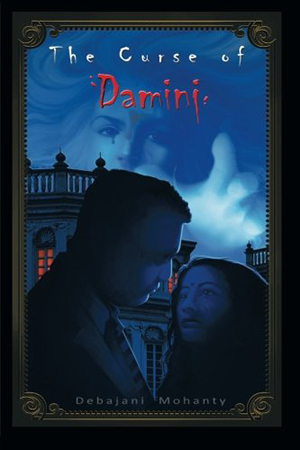 This novel, through set in a land on the opposite side of the globe and in a culture often deemed downright alien, turns out to have a surprisingly relatable story in the growth and struggles of the young Bengali woman Renuka Shekhar. Beginning in 1945, The Curse of Damini could easily be believed to be the biography of an inspiring woman living, nay thriving, through personal tragedy, social upheaval, and deadly religious conflict.

Young Renuka cannot sit meekly silent when she sees injustice. As a young activist this spurs her to become involved in an assassination trying to oust the British colonial government. Later it nearly dooms her marriage prospect, which would be a disaster for her family as well, but leads her to a true partner. After living with her husband’s family for a while she learns that they consider themselves cursed. Being rational and educated, where they see a curse, she sees mental illness, fear, and tragic coincidence. After several traumatic experiences Renuka becomes determined to understand and break this “curse.” What she finds is that at its core the curse is composed of the pain of centuries of corruption, oppression and abuse – particularly of women.

The “curse” of the apocryphal woman Damini spurs the discussion of what every individual should really be fighting for and believing in, and to which values should a society really be clinging. However, a few times the pivotal concepts decide to jump on a nearby soap box and lecture, seemingly against the better judgment of the author, who generally reigns them in by ending the section or having the characters briskly move along. Equally unfortunate is the occasional sentence whose grammar seems to have been lost in translation.

Tackling gender politics and religious superstition as central themes, set in what might be one of the most stratified and complicated countries in modern history, during its most tumultuous era, while creating realistic characters that readers will actually care about, and spanning an entire lifetime in less than 200 pages is beyond ambitious. Debajani Mohanty has, to be succinct, succeeded.