The Magic Strings of Frankie Presto by Mitch Albom 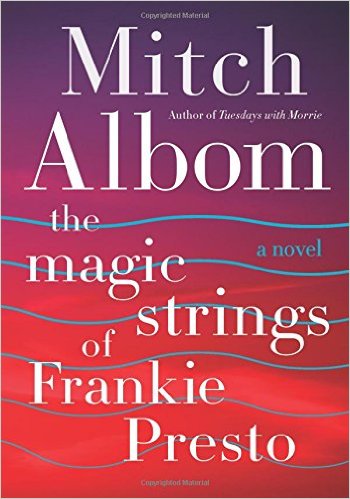 Similar to other Mitch Albom books, The Magic Strings of Frankie Presto offers the reader life lessons within an entertaining character and story line. Frankie Presto is born during the Spanish war. His mother dies and his caretaker abandons him. A sardine factory owner raises Frankie as his own until the war takes this pseudo-father, too, and Frankie is thrust into the unknown world. Frankie lands in in the United States with one prized possession: an old guitar with six magical strings. With his magical guitar in hand, Frankie becomes an amazing musician and singer and meets and influences many iconic musicians of the twentieth century such as Elvis Presley, Hank Williams, and Little Richard. Despite all the magic, and the many bands the Frankie enters and exits, he meets love, loneliness, heartbreak, and just about every emotion in between.

Albom uses the analogy of joining and leaving bands to share the highs and lows of the human experience. We touch, and are touched by, everyone we meet. Albom writes simply and, at times, with humor, but the result is the same – an engaging, meaningful story that will touch readers’ hearts. Although this book is almost 500 pages, the story moves quickly and is all-absorbing.