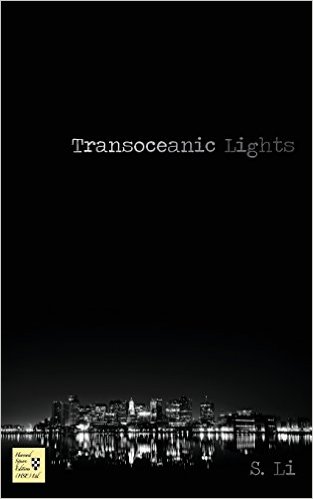 The end of the Cold War and the new millennium brought forth a veritable flood of literature in the social sciences and in fiction that has often been put (if inconveniently) under the umbrella of “postcolonial literature”. By stripping the ideological blinders that reduced observations of the human condition to the false “East/West” binary, these authors provided a far more multifaceted – indeed, nearly infinite – blend of perspectives. Among the many sub-themes were those that centered around the Faustian bargain struck by immigrants to Western countries; to wit, the “promise” of freedom (political, social, economic) in exchange for giving up nearly every facet of one’s culture. Jhumpa Lahiri did this brilliantly in 1999 with Interpreter of Maladies (winning a Pulitzer) and Arundhati Roy did as well a decade later with God of Small Things (winning the Booker Prize). Now, Siu Li has added to this quilt of cultural clash narratives with Transoceanic Lights.

The plot is simple. A group of three related families leaves China for America in hope of living a better life. The common relative is an older brother who came previously to the United States, succeeded in opening a restaurant, and now wants to bring his three brothers (and their families) to work for him. When visiting them in China, he showers them with gifts and nurtures their illusion that the United States is the country of opportunities, the solution to all their problems.

The story is narrated mostly by the son of one of the families, as well as by his mother, conveying the families’ struggles as they adapt to their new home and the dramatic cultural differences.

Although the story is an intimate portrait of the Chinese immigrant experience, it manages to become larger than that in scope, appealing to readers of any generation, age, and cultural background as a masterful bildungsroman. Throughout the overarching linear narration, Li deftly moves between spaces (America and China), times (the 1980s and the 1990s, it seems), and perspectives (various members of the three Chinese families featured). The ever-shifting narration creates a sense of disorientation, mimicking the protagonist’s own emotional state as he struggles to adapt to new surroundings and the increasing instability of his family life.

This is not a cliché story by any means. There is no hero, no ending of success for the protagonists, or lessons of failure for the antagonists. But what Li accomplishes, as Lahiri and others have done before, is to put in stark relief the continuing social, emotional, and psychological consequences of the Faustian bargain struck when making the decision to leave one’s country to come to another (in this case, the United States). Li is not afraid to say that such bargains are not only fraught with difficulty, but also sometimes doomed to failure. Nor is any failure the result of some simplified notion of a lack of will to succeed (a quintessentially Western notion). Sometimes, the cognitive dissonance is simply too great to overcome – but, sometimes, the details are simply in the journey. In Transoceanic Lights, the true beauty, signifying everything, is the integrity with which Ma and her children journey “toward [their] stars within reach and tangible…defy[ing] the impenetrable blackness of night.”