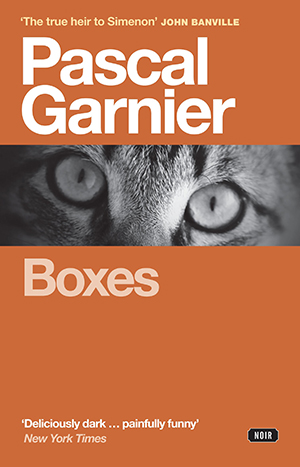 Brice is an older man who moves to a new home in the countryside to wait for his young wife who’s out of the country on a journalistic assignment. The longer his wife is gone, the deeper Brice descends into depression, and his loner tendencies rise to the surface. A peculiar young neighbor, Blanche, draws Brice out of his shell and into an odd relationship based on her fascination with his resemblance to her dead father. The narrative descends into surrealism.

“The less facing up he did, the less he wanted to do. Life was slipping through his fingers.”

All in all, the mystery is fairly light and the characters don’t become fully dimensional enough for the psychological aspects to be gripping or poignant. The twists are often either predictable or jerky, leaving the reader to catch his or her balance between the novel’s reality and the characters’ psychoses. This might be fascinating if the plot and characters were better developed, but as it stands it’s primarily just disorienting.