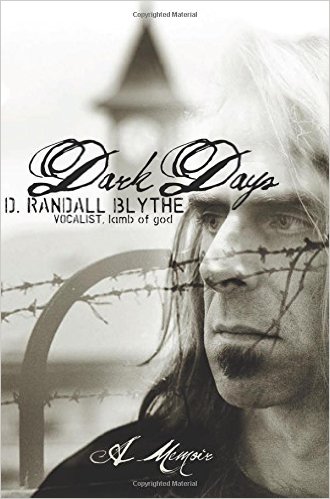 Violence at rock-and-roll and hip-hop concerts is not entirely unknown, but D. Randall Blythe’s memoir is one of a kind. Blythe is the lead singer in the heavy metal band Lamb of God. This memoir is primarily the story of the aftermath of a show that the band did in Prague. Security was basically nonexistent, and fans swarmed the stage. Blythe repeatedly pushed one fan off the stage, but another young man ended up falling from the stage and becoming fatally injured. Two years after this incident the band again played in Prague, and Blythe was arrested and accused of manslaughter. He recounts his incarceration in a hellish prison, and his subsequent trial.

The author was an alcoholic at the time of the incident, but two years later he has become sober and industrious. The author’s tales of his incarceration in the same cell with two prisoners from Mongolia while his fate was being decided in the Czech legal system leaves the reader admiring his principled and thorough analysis of his fate.

Blythe’s attempts to deal with a life that could have resulted in years of incarceration leave the reader admiring his spirit and patience, and his support group of fans, lawyers, and bandmates. Along the way, Blythe gives the reader an excellent picture of what it’s like to be a member of a successful but not fabulously wealthy band. Although he has a good grasp of just how fortunately his life has turned out, he is unsparing in criticizing his own behavior, and in his yearning for a more peaceful, family-centered life, rather than the rock-and-roll circus that most of the band’s tours entail.

In the end, Randall cannot recall whether or not he bore any direct responsibility for the death of his fan. His trial was resolved, he came home, and he survived a meeting with the family of the deceased fan. Many of the chapters begin with images from the author’s jailhouse notebook. This gives a real flavor of his life at the time.

This is a rather lengthy book, and will appeal most to metal and rock fans, and those curious about the justice system in today’s Czechoslovakia.