Satellites in the High Country: Searching for the Wild in the Age of Man by Jason Mark 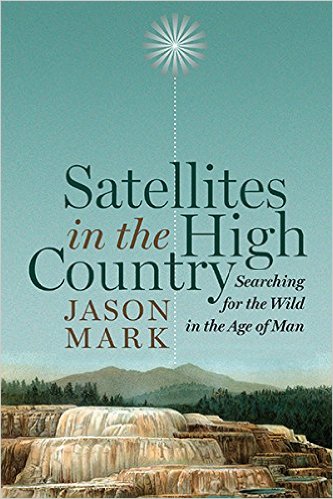 For those readers who like environmental and nature writing, and little outdoor adventure stories, the excellent writings of environmentalist/writer Jason Mark in Satellites in the High Country will be a wonderful armchair adventure by itself. Being a journalist, he knows how to capture and hold our attention even if we are not environmentalists ourselves. Besides a brief but fascinating prologue and another adventure description in his epilogue, Mark has seven chapters describing through personal experience and adventures the environmental problem in seven different wildernesses throughout the country. He touches on politics (there is plenty of it), conservation, wilderness history, endangered species, and so on. People involved within the wilderness and its conservation are quoted, some well known to all of us (like John Muir)’ others are lesser known but equally influential.

“The twenty-first-century wilderness is, above all, a place of longing.”

Readers will learn about paradoxes like the federally assisted extermination of the Mexican gray wolf, bringing the species to near extinction until the animal was placed on the endangered species list. Some of Mark’s exploration was on his own, but many were in groups or with his partner Nell, including such strange adventures as experiencing the primitive way of life with a group. The book may have benefited from a few more illustrations besides a few maps.