Eleanor: A Novel by Jason Gurley 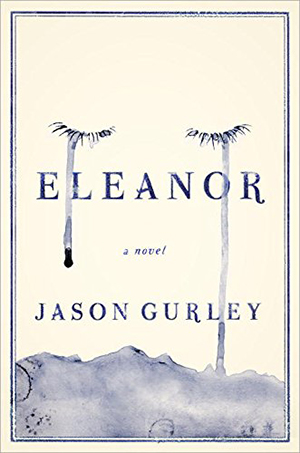 Eleanor, by Jason Gurley, tells the interweaving story of the Witt family through three generations. In the beginning Eleanor is introduced, the depressed mother of a young girl named Agnes, with a second baby on the way. Time jumps forward and Agnes is now married with twin girls, Esmerelda and Eleanor. Driving to pick up her husband at the airport, Agnes, and the two girls, are in a terrible accident resulting in Esmerelda’s death. Time continues leaping forward and Eleanor, now a teenager taking care of her alcoholic mother and depressed father, tries to live a normal life. While at school Eleanor falls into another dimension and is transported into other people’s dreams. These unbidden teleportations increase in frequency and severity until Eleanor is forced to make a choice that will affect her entire family, even Esmerelda.

Rarely does a book come along that crosses over genre lines as expertly as Eleanor. The opening chapters read like excellent literary fiction. Then the theme changes and Gurley puts forth a well plotted and intriguing fantasy story set in the Pacific Northwest, while keeping the beautiful prose that make Eleanor such a pleasure to read. The entire story is character driven – the reader experiences pain, loss, happiness, and growth alongside the characters. Even if one has never had an alcoholic relative, Gurley’s writing makes the experience understandable and relatable. The only drawback to this story is the author’s tendency to restate facts over and over, leading to some passages being monotonous to get through. The restatement is not a sign of poor writing on Gurley’s part however, but a technique to balance shifting perspectives within the story.

Whether looking for a family-drama where real, deep characters battle with life’s injustices, or a near-perfectly written magical realism tale, Jason Gurley’s Eleanor should be the next book you pick up.