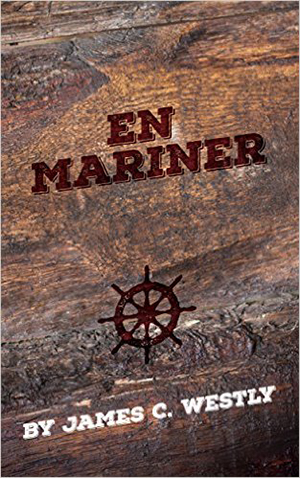 En Mariner has been trapped for more than a hundred years by a witch, whose torture included having a giant bird wrap it’s talons around his neck ensuring his death should he move or try to break free. When the witch is killed, En Mariner is able to destroy the bird and escape. With vengeance on his mind, and a desire to find his love, he sets out to find not only who killed the witch, but Ibella. There is a new witch and a mysterious council which seems to have had an interest in freeing En Mariner. They want him to aid the conflict between lands and people with his powerful ability. This makes readers wonder who he is, what kind of creature he is, and raises the question of what caused him to be such a threat that a witch put such trials upon him that no one came to his aid despite people knowing of his location.

Curiosity is the best reason to read En Mariner. The book takes side journeys along the main path, which only build the feeling of warmth for the character, and yet somehow manages to keep the reader from feeling much connection to him at the same time. The endless encounters, searching, and adventures lead to more mysteries. A third of the way into the book the tone changes when En Mariner finds his first moment of pleasure on the sea and the slaughter is brash, and a stark contrast to the descriptive landscapes and general fascination En Mariner has had through his sea voyage. This is only the beginning to the harsh violence of the battles before him in his struggle to see his Ibella. With unique names of characters, potions, poisons, and mysterious spells surrounded by the witches who cast them, En Mariner builds constant anticipation and displays breathtaking feats of combat.