Wake Me Up by Justin Bog 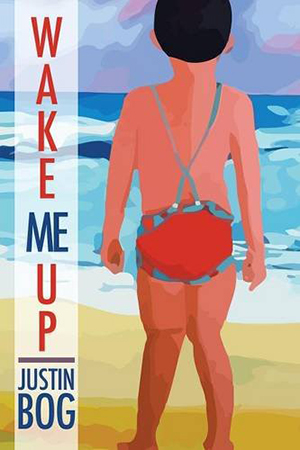 Although Justin Bog is a member of International Thriller Writers group and his new book Wake Me Up is a crime story in general, it’s not an easy-going page-turner about catching and bringing criminals to justice. Set in a small fictional college town in Montana, in October of the 2004 election year, this novel deals with much more important things: family values, sexuality, love, hatred, forgiveness, and compassion. Everyone here has many secrets that he or she is trying – most unsuccessfully – to deal with on their own. They reject and are repeatedly afraid to even acknowledge that they have problems. They conceal them from each other… They don’t speak or honestly discuss their troubles with the members of their family or friends. These miscommunications and attempts to keep up appearances lead to a tragedy; a fifteen-year-old teenage boy, named Chris Bullet, is cold-bloodedly and brutishly assaulted for supposedly being gay by four heartless bullies, four of his schoolmates. In the hospital, guarded by police, Chris is lying in a coma in critical condition.

“Life’s but a trial, a series of choices, and most of them forgettable; no one can predict the future.”

How did it happen? What circumstances brought Chris to that specific place where he was attacked and at that particular time? How would this tragic event influence Chris’ family and the other people involved? Is there any hope? Will Chris make it through? The story unfolds from a very unusual point-of-view: from the depth of Chris’ coma, the narrator is Chris himself. This is an original approach to tell such a complex and intricate story! Chris’ ghost-like phantom randomly floats upon past and current events until all deeply hidden true feelings and motives revealed, by himself and his relatives. As an unseen narrator Chris makes neutral and objective observation of this difficult state of affairs. Only in this emotionally distant, numb state can Chris calmly scrutinize an otherwise physically and psychologically painful situation.

The realization that the situation Chris finds himself in – coma ridden after poor choices built upon lies – isn’t hypothetical and such things could happen anytime, anywhere around the world is especially saddening here. Like one of the book’s protagonists you may believe in karma but it seems that everyone’s karma depends heavily on his own choices. Wisely made choices and thoughtful decisions are everyone’s hope, but not everyone can take the step back to get the emotional distance needed for such decisions.