Across the Sea (Islands in the Mist, book 2) by J.M. Hofer 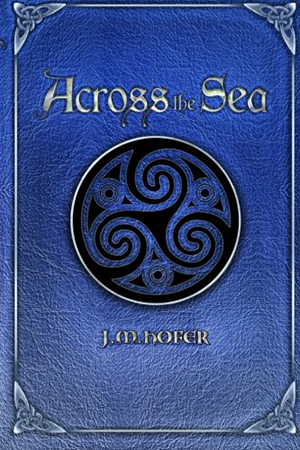 J.M. Hofer delivers another epic tale accented with the flavor of Welsh legend, in her follow up to Islands in the Mist. Following the wake of The Battle of the Crossroads, Bran has become king of the warrior clans and united them under the banner of the sacred Oak. But though peace has come to the land, rumors of war persist. These rumors will haunt the Oak clan for more than a decade, while their best hopes lay unforeseen, in a child born of the sea, with a golden aura surrounding him.

Stories are driven by unsolved problems. Characters are motivated by their need to overcome obstacles. The best stories will string a reader along from obstacle to obstacle, rarely offering solutions until a grand climax ties everything together. This is what makes a climax exciting: it is the indication that all of a story’s problems are about to be resolved, for better or worse. There are plenty of problems presented in Across the Sea, but each one is solved almost as soon as it is introduced, or at least a viable solution is presented by a main character, so that we are not so much waiting for the characters to figure things out as we are waiting for them to implement a solution we already know. I can’t give examples without spoiling the plot, but suffice it to say that if Bran comes up with an idea, it’s going to work. If a character says things are going to be okay, they will be… often only a few pages later. This makes the book feel author driven, rather than character driven.

This was a problem with the first book, too, but I’m pleased to say that it does get corrected by the second half of Across the Sea. There is a literal break in the middle of Across the Sea, and everything after that is tense and exciting and mysterious, with solutions to problems that are not obvious—and indeed, not known by the characters until the moment of crisis is upon them. It is an entirely different book, only connected to the first half by plot, and not at all by style. It is also the moment that Hofer chooses to bring a second culture into the story: that of the Viking warriors. This added element of cultures clashing against each other feels nicely relevant to some of the issues we are facing in the modern world, with globalization forcing us to rethink our world and face our prejudices.

This second book, then, is the one I was hoping for. By broadening her scope, J.M. Hofer enriches her Celtic world by making it feel alive, with characters that live beyond the words we are seeing on the page. She also deserves credit for aiming her book at young adult females. It’s subtle, but despite Bran being its main character, the real concerns and struggles of Across the Sea are faced by women: the trials of pregnancy, the search for a place to belong in a male-dominated society, and the desire to find a mate more devoted to you then to war and adventuring. Hofer is determined to present a wealth of such problems from the perspective of young women, and then to take her readers by the hand and say, “it’s all going to be okay.” This makes Across the Sea a wonderful and rare gateway for young adult female readers interested in fantasy, a genre that too often objectifies women or delegates them to the role of “maiden in distress.”

There is enough to celebrate about Across the Sea that its early missteps are forgivable. I am glad that this is a book that is redeemed by its second half, rather than let down by it. It gives me hope that the final book in the trilogy will at last be the union I’ve been waiting for, between J.M. Hofer’s mastery of Welsh legend and a strong, character-driven narrative.