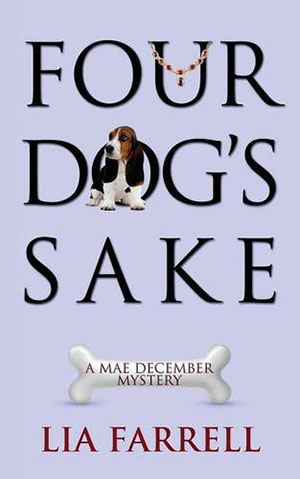 “‘This damn case,’ Wayne said aloud and hit his steering wheel with his open palm. He had never come across a case with such a dearth of actual evidence. They didn’t have a murder weapon. Since the murder had been committed with a needle and not a gun, and they had never found the syringe, there was no blood spatter to analyze or bullet to track back to a weapon. Without that syringe, there were no fingerprints that would point to the killer. They had no DNA, no trace evidence, and the only indication of assault on Chester’s body was the needle mark on his toe.”

In this cozy murder mystery, the plot revolves around the death of a young man, a diabetic named Chester Willis, age 41. The medical examiner lists it as a “probable suicide” from an overdose of insulin. But Dr. Lucy Ingram has her doubts. She had recently treated Chester for an unrelated accident, and having talked with him and observed him carefully, she feels that he was highly unlikely to commit suicide. “No matter what, Chester Willis wouldn’t kill himself,” she said aloud, shaking her head.

“Suspicion was growing deeper in her mind. If somebody had driven Chester Willis to suicide or murdered him, she had to know who… and why.”

With that commitment, the plot is off and running. After Dr. Ingram convinces the medical examiner to do a second autopsy, he finds an injection site on Chester’s toe, from which it is apparent that someone deliberately killed him.

Throughout the book’s 43 short chapters we follow four main characters trying to solve the homicide. Two characters are officially investigating the case – Sheriff Ben Bradley and Chief Detective Wayne Nichols. Dr. Ingram MD is also committed, having set the investigation in motion. There’s also Mae December, the Sheriff’s girlfriend. She boards, trains, and breeds dogs, and maintains an on and off presence in the background, along with her four canines: two Welsh corgis, a black pug, and the newest member of the canine menagerie, a basset hound puppy named Cupcake who was a birthday present for the sheriff’s young son, Matt.

Several other characters also figure in the story, including a newly appointed investigator named Dory and other members of the Sheriff’s staff.

On the other side of the plot is Willis Senior, Chester’s father, who dies of heart failure within days of Chester’s murder, and whose will and the allocation of his sizeable wealth, suggests a motive for Chester’s death. One of the prime suspects in the murder is Rick Willis, Chester’s older brother who, along with his girlfriend Meredith, has debts to pay and acts suspiciously. And, not least, there’s a financially struggling young massage therapist name Brooke to whom Willis Senior had recently decided to bequeath his deceased wife’s jewelry.

When Dory, the new investigator on the sheriff’s staff, tells Detective Wayne “I can’t see her [Brooke] killing anyone,” the chief detective responds that “Anyone can kill, given a sufficiently strong motivation.”

There are many threads to this mystery, many characters to keep track of (though the author does a good job of guiding us along), many clues and leads to follow, and many loose ends, all the way to an interesting conclusion. The end of the story is one that some clever and attentive readers may puzzle out well before the last page, but probably not.

Four Dog’s Sake is the fourth in the Mae December mystery series, after One Dogs Too Many, Two Dogs Lie Sleeping, and Three Dog Day. But the dogs in Four Dog’s Sake seem to be too deep in the background to be heralded in the book’s title, and some readers (looking for a good dog story) will come away disappointed. They simply play two small a role, though we have to laugh when the basset hound pup keeps stepping on his exceedingly long, floppy ears.

Despite the minor role that dogs play in the story, Four Dog’s Sake is a good, easy read, of an evening or two, while sitting with your own favorite dog by your feet.

P.S. The author, Lia Farrell is a mother-daughter team, consisting of Lyn Farquhar and Lisa Fitzsimmons, both of whom know how to write mystery novels, dogs and all.