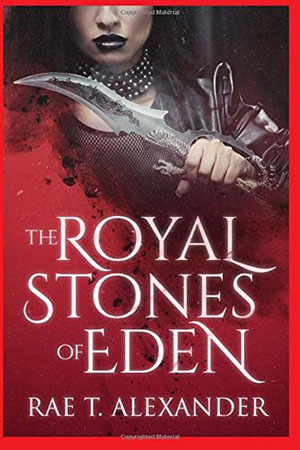 Everything but the kitchen sink is a phrase that comes to mind when thinking of how to describe this novel. The legend of the Stones, as well as the personal histories of the characters, includes everything from sci-fi techno and time travel to Robin Hood. While the author does manage to pull this diversity together admirably, the prose often feels overwritten and needlessly theatrical. The storyline itself trends toward the operatic more than the realistic, forcing the characters to often behave in extreme ways that seem excessive or unrealistic; while this is interesting in its conception, this tendency may be more appropriate for reality television than a novel. This apparent hodgepodge of myths and legends further dilutes the novel’s impact by requiring many tangential and overblown explanations. In the execution of this novel, the author uses a variety of viewpoints and narrative techniques, which can occasionally throw the reader off, but are in general well-executed and add an interesting layer of complexity to the story.

As a first novel, it is an ambitious project and draws from a wide array of material. The author pulls it together with somewhat less than skillful aplomb, but performs a complex telling with moderate success. The power of this book is in its belief, both in itself and in the belief of the characters, who continue to have faith throughout their ordeals.