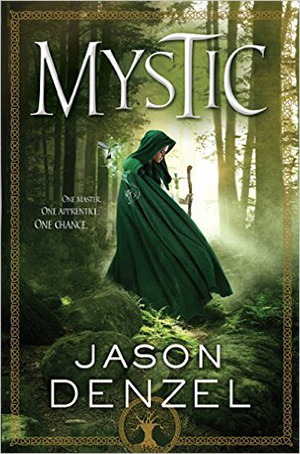 Fantasy fiction is a genre on the rise today. One can find fantasy magazines, stories, and books everywhere. Finding a fantasy tale with a new and captivating story is rewarding. Jason Denzel’s Mystic is one such rewarding tale. Pomella AnDone is a young commoner with the wistful willfulness of any teenager. Her village of Oakspring, on the island of Moth, hums with energy in preparation for the Springrise celebration. Her best friend, Bethy, dressed for her part as St. Brigid in the ritual play, comments on Pomella’s festival dress. Anticipation stirs the air. Lady Elona, a young noblewoman, plays the Nameless Saint who aids Brigid. As Lady Elona forms a flower out of the Myst – the energy of the world that only nobles are trained to use – the earth shakes. Out of the ground rises the Green Man with an announcement from the High Mystic: there is to be a trial for the next apprentice Mystic. As voices still, the Green Man proclaims the High Mystic has invited Pomella AnDone, and not the noblewoman Lady Elona. Just as quickly as he appeared, the Green Man folds back into the earth, leaving a stunned crowd in his wake. As that ends the fifteen page first chapter of the book, the stage is set for abundant tension both in the village and in the upcoming trials.

Denzel sets the tone and pace of the novel well. The storyline moves forward quickly, yet not so speedily as to overlook scenery, emotional interactions, or character growth. He sprinkles in new terms with definitions that are simple to determine from context. His obvious bow to the mythology of Ireland is supported by his landscape and use of spellings that are reminiscent of phonetic and accented speech. His characters have depth and breadth as well as prejudices and flaws. Mystic is a wonderful tale that takes the reader into a world imaginable, realistic, and fantastic at the same time.