Once Upon an Apple Martini by Kendal Taylor 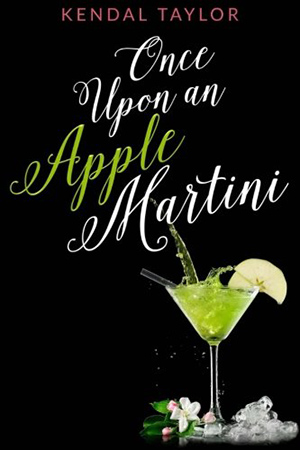 In Once Upon an Apple Martini, by Kendal Taylor, it appears that it takes hitting rock bottom in every facet of life before anyone actually has to believe they might be doing everything all wrong. The consistently cringe-worthy behavior of main character, Calyssa, is shamelessly delivered in the occasionally garbled ramblings of her alcohol soaked narration.

Calyssa stumbles around making one bad decision after another and drags her equally lost and confused companions along for the ride. She has a long list obsessions with French fries, a very confused fish, her constipation, following men’s asses, shifting blame, finding any available reason to be angry, and of course, apple martinis. Calyssa’s use of self-help styled psychology is concerning, particularly as she uses it to determine the minds and motivations of those around her. She uses this insight to constantly manipulate, insult, and treat people like trash all in the same mannerisms as a selfish teenager. Despite this childish behavior, Calyssa is an adult.

The beleaguered cast includes the transgender Russian super rich friend, the hallucinating addle-minded childlike chubby friend, the new not-friend whose real name she refuses to use, the not super hot but still hot enough guy, and several other bizarre, over-sharing, alcoholic, and/or new-age type characters who actually fit the word “character” better than they probably should. Choosing to play fast and rough with grammar, sentence structure, and basic human decency generally works as a style choice since the novel is written from the nearly stream-of-consciousness perspective of Calyssa. However, since the meaning of sentences run away with themselves frequently enough, some serious clean up editing may be in order. Unfortunately, Calyssa has some almost offensively stereotypical views of gender and some equally as offensive speech patterns that make things somewhat awkward.

Sometimes, through the din that is Calyssa’s mind, the story seems to putter around unsure of itself, behaving repetitively and even achieves the rare moment of being somehow tedious. Despite the several problems the book has, this story is actually rather amusing, and in the end everyone does, in fact, learn to be better. The reader is left with the overall message of ‘you’re always making choices, now start taking responsibility for them.’