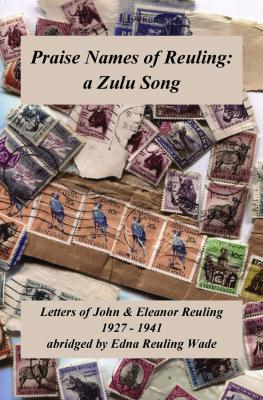 The preamble of Praise Names of Reuling: a Zulu Song, compiled by Mrs. Edna Reuling Wade, is like sitting beside a great grandparent as they reminisce, trying to relate something of importance to an interested and patient listener. That means handling all the same pros and cons: meandering through the web of the past along lines that are perhaps unnecessary, brushing by the casual mention of how sexism and racism were once seen as functions of daily life, and translating the now strange sounding turns of phrase that were once certainly considered proper speech. In writing this includes occasional odd spelling choices, such as “altho” and “thru,” and repetition of certain information, once in the timeline and again when connected to a particular subject of focus. Streamlining the conversation – editing for clarity and modernity – might lend greater efficiency to the novel, but it would lose a great deal of its quality. The heartfelt and honest flavor of these small slices of history, even when repeated, is what makes this collection special.

Mrs. Wade says that she compiled her parents letters primarily so the history wouldn’t be lost, but there is a very startlingly contemporary relevance in many of the race, gender, and economic issues John and Eleanor speak about. In their pondering we can see how these subjects change and shift over the years yet remain today, revealing what might be some indelible flaw in the core of humankind. While within these same letters they show us humanity’s great ability carry on with strength, kindness, and hope. They weathered the Depression and the first few years of WWII in South Africa, as well as fighting against apartheid with equal education, and open friendship. It is fascinating to see what we often consider pressing, world shaking events in history as merely another set of dangerous waves approaching from a greater distance than some threats such as illness, locusts, and flood. Interesting, though less intense, is how this is also a chronicle of the slow steady progress of technologies like tractors, cars, electricity, phones, and even medicine.