Q&A with Brendan Jones, author of The Alaskan Laundry 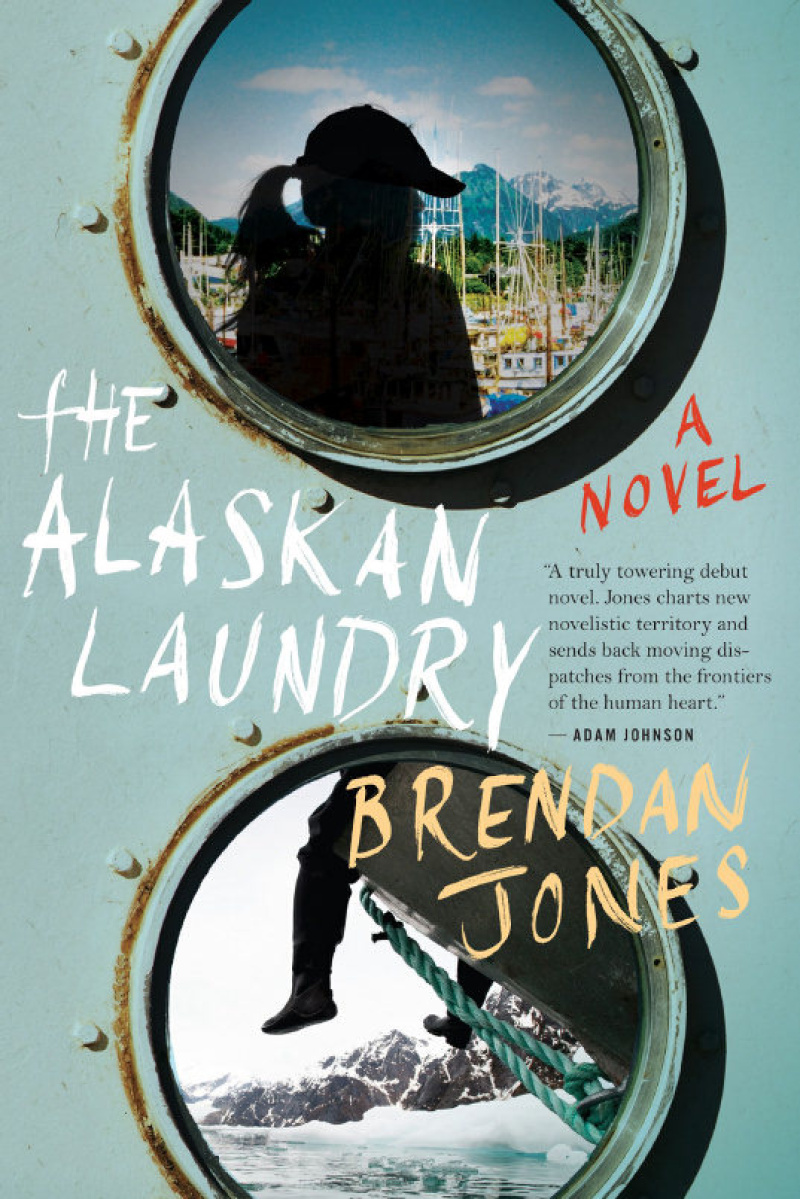 Q&A with Brendan Jones, author of The Alaskan Laundry
Interviewed by Don Messerschmidt

The Alaskan Laundry by Brendan Jones was released by Houghton Mifflin (Mariner Books) on April 26. During his nationwide book tour, Jones visited Portland for two writer engagements. He also fitted in a Q&A interview with PBR reviewer, Don Messerschmidt.

On the evening of May 9, he was featured at an evening discussion about writing, sponsored by the Oregon Writers Colony at Portland’s Another Read Through bookstore. In the loft above the bookshop, Jones and fellow writer, Chris Bernard, author of the memoir Chasing Alaska (Lyons Press, 2013), spoke about their mutual friendship as writers in and about Alaska, and about the literary arts in general.

The following evening, May 10, Jones spoke about the book and did a short reading at Powell’s bookstore.

In the discussion that follows, additional comments (in bold) have been added from notes taken by Don Messerschmidt at the writer events and over dinner with Jones.

DM: Your book, The Alaskan Laundry, has been characterized as a fictionalization of your own experience. Why did you create a female protagonist, and what challenges did you face writing from a female perspective?

BD: I began the book in 2005 with 10 different characters, written from multiple points of view. For example, a carpenter named Level, a pair of lesbian restaurant owners, a young fisherman, and others.

When an agent took the book on, there were four, which he astutely brought down to two, and it became a love story between Tara and a Cuban man she married and brought to Alaska. (I’ve been two Cuba three times – don’t tell the State Department – and was fascinated by the place.)

When the book sold to Houghton Mifflin Harcourt (Mariner Books), my editor Jenna Johnson suggested making the story about just Tara. Also smart. Looking back on it now, I believe it was a war of attrition, and Tara was the last character standing.

Brendan also wanted the story to “read true” and resonate with Alaskans. Writing from a woman’s perspective helped him achieve that goal, though he laughs when he tells his audiences why there are no sex scenes in the novel. He cut them out after several manuscript readers advised him that they did not adequately reflect a woman’s perspective.

DM: What first brought you to Alaska, why Southeast Alaska, and in particular why Sitka where much of the story takes place?

BD: I first came to Sitka at the age of 19 to work in a salmon hatchery. My aunt had lived there previously. Initially, I wanted to go to Nova Scotia after reading Annie Proulx’s The Shipping News but, alas, that didn’t work out.

In Sitka, Jones has been a commercial fisherman, a skilled carpenter, and journalist for a local newspaper. He also pursued higher education beginning at Columbia University in New York, then at Oxford University in the UK (where he published poetry and practiced boxing on the side), and most recently at Stanford University where he was a Wallace Stegner Fellow in Creative Writing (2013-2015).

Jones lives and writes in Sitka, where he and his wife, an attorney, and their young daughter live on a tugboat.

DM: Alaska has spawned a long list of writers, of both fiction and non-fiction. What is it about Alaska that inspires good writers and compelling stories?

BD: Well, you take people with fraught pasts and put them in difficult situations, you get good stories. Witness all the reality shows currently filming in the state – 15 at last count – and you see that the networks have also caught onto this.

DM: When I asked for this Q&A interview, I told you I was from Alaska. You replied: “Can’t wait to talk AK [Alaska] with someone instead of just trying to explain!” What have you had to explain ‒ about the story or about you as author? What curious misunderstandings have come up?

BD: Good question! I’m not sure I can answer in specifics. There’s a story I love of an Alaskan pilot who, for some reason or another, needed to go home to Ohio. While there he took up a small plane, which encountered engine trouble. So he landed it on a two-lane highway, then couldn’t understand why a number of state troopers freaked out. There was a landing, and now I’m taking off? What’s the big deal? There’s a ‘git-er-done’ attitude laced with generosity cultivated in the state that you learn living there and that changes people.

The misunderstandings about Alaska are many – igloos in Southeast, moose, that it’s cold, and that Southeast is a rain forest ‒ all the typical things that can be blamed on nothing but the popular imagination.

Outside of the 49th state there tends to be relatively low understanding and knowledge about ‘the real Alaska’, he said. But that’s not the only issue to come up during his nationwide book tour. In one city, a listener told Jones that he wanted to write about Alaska, but didn’t like the “culture of writing”….

DM: What’s the origin of the book’s title, ‘The Alaskan Laundry’? — Or do you want your readers to discover that on their own?

BD: Shortly after I arrived in Sitka, I met a pickled fisherman on the docks who described Alaska as a place where people come to scrub themselves clean of their pasts. That was certainly why I went west (from Philadelphia, where he was brought up).

The fisherman went on to say that the state is a laundry on continuous cycle, folks coming and leaving, some becoming addicted over time to the extremes, the ethic of hard work and play, and often choosing to remain. I felt that “The Alaskan Laundry” encapsulated this idea (even if the journalist’s style book at the Anchorage Daily News insists that “Alaskan” shouldn’t be used as an adjective).