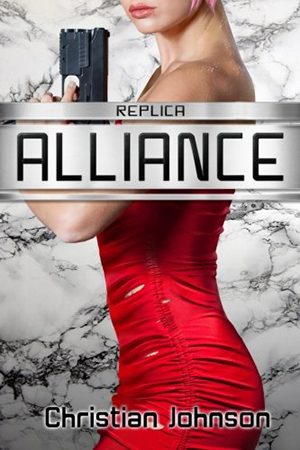 Veronica Blake – or her clone, to be more accurate – has been on the run since she inadvertently helped a terrorist group destroy a city and kill millions of people. Haunted by her guilt, Veronica is determined to make the situation better by doing the only thing she can: tracking down Wesson, the mastermind behind the attack, and killing him. Making contact with an underground and elusive contact in China, Veronica finally thinks that she is making progress – until she realizes that she was the one being hunted. Ryn Li, a brutal woman who enjoyed cruelty and who was integral in the terrorist attack, has found her and wants her help in finding and taking out Wesson. Veronica doesn’t trust her but eventually realizes that she won’t be able to find Wesson on her own and reluctantly agrees to join forces. First, however, they need to dodge Ryn’s former associates, a gang called the Jade Dragons. Deadly and focused on Veronica, the Dragons are only the first obstacle in the goal of finding Wesson – one that Veronica may not live through.

Replica: Alliance is the sequel to author Christian Johnson’s first book in the Replica series. The book picks up shortly after the reader left Veronica in the previous novel. The reader is able to see her guilt and feelings of helplessness as Veronica tries to rectify the wrong she has done in the only way she knows how. Veronica does not live in peace at all: she is tormented by nightmares and constantly looking over her shoulder for ghosts from the past. This makes her a more relatable character than she was in the first book. Her confidence has taken a hit and it’s nice to see her vulnerabilities showing through more. She’s also a nice contrast for Ryn, who has none of Veronica’s regrets about the attack. The plot of the novel itself is tighter and more focused as well. The plot picks the reader up and doesn’t let go until the end. There is a lot of focus on fighting with the Jade Dragons (and between Veronica and Ryn) in the book but it sets things up nicely for the next novel. Reading the first novel prior to Alliance is highly recommended as there’s minimal retread. Fans of Replica and sci-fi will enjoy Replica: Alliance.