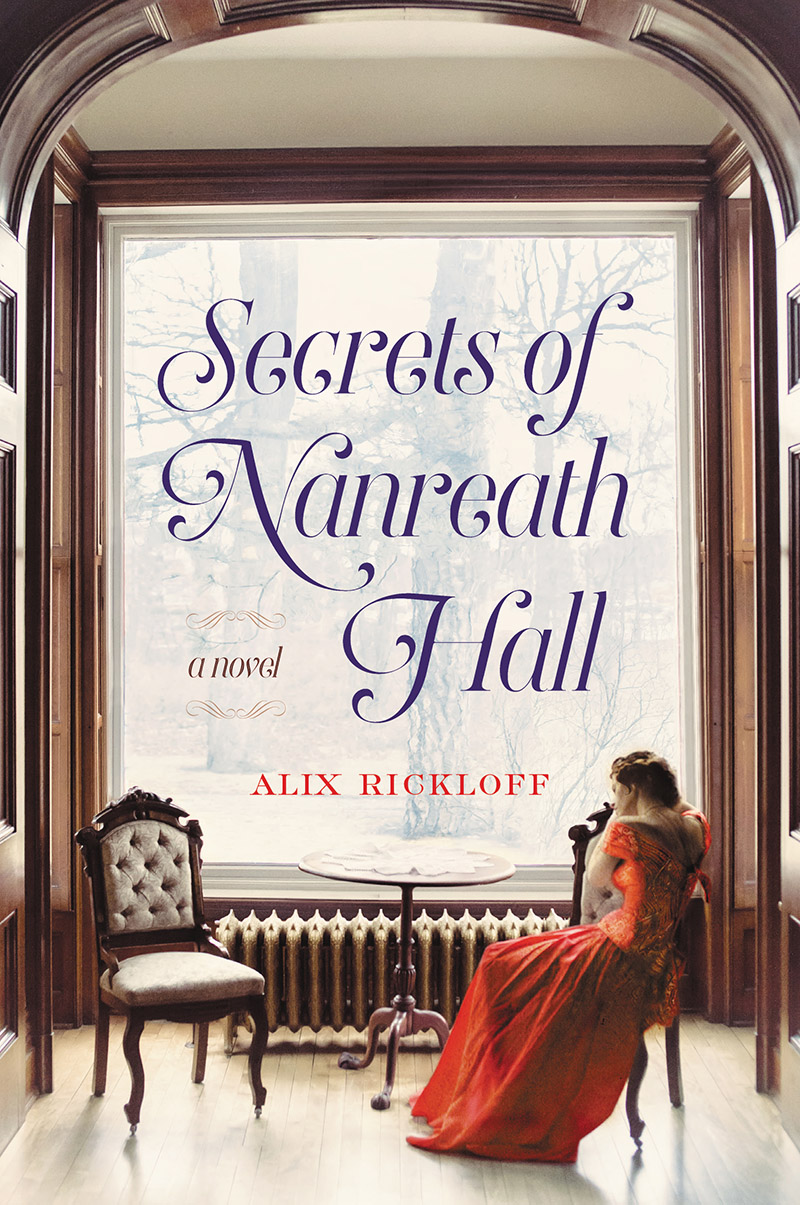 You know the phraseology – it’s the switch of a light bulb, the lightning strike, the ah-ha moment. That instant when all those ideas swimming around in your head coalesce with a firework’s bang into the perfect plot just waiting for your madly typing fingers to catch up.

Ah, if only my muse worked with such explosive certainty.

No, for me, inspiration develops with a speed more suited to glaciers than forest fires. It might begin with a character – maybe not even the main protagonist, but a secondary walk-on. Or it might be an inciting event that greases the wheels. I’ve even begun with nothing more than an object – a box, a letter, a book.

In my latest release, Secrets of Nanreath Hall, it was the characters of Anna and her cousin Hugh that emerged first – one born of a scandalous elopement, the other a fatherless heir with an overbearing mother.

Thus began a painstakingly slow process as I ask thousands of questions, most beginning with “what if” until at last I have the bones upon which a story might hang.

Just the bones, mind you. Not nearly enough to build an entire novel, but I’m an impatient writer. I get antsy staring at a blank screen or a blank page day after day. I need to fill it with words even if those words are complete slop. And they usually are – at first.

But as I write an amazing thing happens. Inspiration, ever so slowly, clicks into gear. It might be an interesting sentence in a research article, an intriguing situation in a movie or book, a thought-provoking image in a magazine or on my FB feed. Suddenly the characters I thought I knew reveal themselves in a way that completely changes the story I thought I was writing.

When I began Secrets of Nanreath Hall, I had no idea why Kitty’s brother Henry avoided his wife and child. Nor had Anna informed me of her traumatic past serving as a nurse with the British forces in France. Both characters surprised me with these hidden sides to themselves and subsequently reshaped the story.

With each revelation, the layers build like geologic stratum, one atop another, nudging the story along scene by scene. That’s not to say inspiration runs on a straight downhill course. It can – and usually does – take wrong turns, creeping into corners where no amount of hours in the writing day will set it free. It can dwindle to a complete stand-still, resisting all my attempts at coaxing it forward. This is when I have to take a step back. Ignore looming deadlines and that damned winking cursor and walk away in order for the slow seep of ideas to well up again.

It might take a day or a week. It might take going right back to the very beginning and starting over – more than once in the case of my most recent work in progress. But sooner or later, a conversation, a phrase, a description loosens the log jam, allowing me to take those final grueling steps toward The End.

Inspiration doesn’t come with a powder keg explosion. It’s the culmination of uncountable revelations coming one after another over the course of four hundred pages. The story I start out writing is never the story I complete.

Exhausting? Yes. Frustrating? You bet. But after ten books and three novellas, I’ve learned there’s no rushing this process. It requires patience, endurance, and at least a few moments of complete and utter panic, but inspiration like erosion, eventually and inevitably occurs.

Alix Rickloff is a critically acclaimed author of historical and paranormal romance. Her previous novels include the Bligh Family series (Kensington, 2009), the Heirs of Kilronan trilogy (Pocket, 2011), and, as Alexa Egan, the Imnada Brotherhood series (Pocket, 2014). She lives in Maryland with her husband and three children.