The One That Got Away: A Novel by Leigh Himes 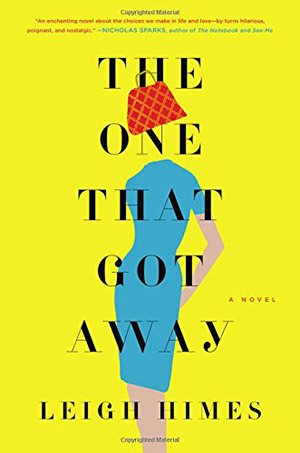 Who doesn’t fantasize about a lost love and what could have been? Leigh Himes does just that in her debut novel, The One That Got Away. Abbey Lahey is the typical overworked and overstressed mom with a self-employed husband and two kids. Money is tight and time is even scarcer. She reminisces that many years before, she met Alex, a new hire at her job who was unable to figure out his key card. He asks her out but she already had a boyfriend. Shortly thereafter her boyfriend breaks up with her and life moves forward. She meets Jimmy and follows a traditional path. While shopping at Nordstrom she falls and hits her head. When she wakes up she finds herself in the hospital with her doting, rich, handsome husband, Alex! Abbey is now a van Holt with a fairy tale lifestyle.

Himes has put to paper a tale that many have probably daydreamed about; what would happen if a different path had been chosen? The story is a good one and the writing is crisp, descriptive, and straight forward. The reader will find themselves laughing out loud at times and will easily connect with Abbey as she tries to figure out her new wealthy life that comes with lots of expectations. Ultimately Abbey, and the reader, will figure out what is really important in life.