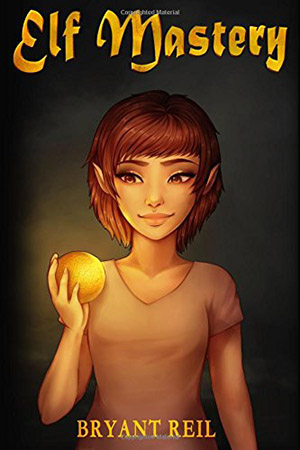 Elf Mastery is the first book in the Mastery trilogy, set in a modern-day Earth, but given the perspective that much of what we experience is under the influence of the more magical beings of the world. While humans aren’t necessarily aware, they are deeply impacted by the activities of “behind the scenes” magic, and nature comes alive as we meet characters like Lug, who turns the center of the earth.

Reil writes a really approachable storyline that follows a largely traditional story arc. Kyla Nim, a young, immature elf is headed off to school to explore what her place in the world could be. She is talkative, irritating, and by no means extraordinary. While at school, Kyla studies, makes friends, fails at a lot of things, and starts to grow up. We get to meet several other key characters – Aspen, a dryad, Eunoe, a nymph, who are to help Kyla as she is drawn into the god of darkness, Erebus’ plan to bring eternal darkness to the world.

There are several aspects of Elf Mastery that are to be appreciated. A real departure from many typical hero or heroines is Kyla’s foundation story. She’s not particularly gifted or special. She’s not isolated, she’s not orphaned – she’s just a regular kid. She is immature at the beginning, sure, but Reil writes her character in a way that it is easy to want her to succeed. Kyla is confident in her ability to succeed, simply because she is self-assured. It’s a breath of fresh air that she is not a female version of Harry Potter or Bruce Wayne.

Secondarily, Reil chose to incorporate some non-traditional magic. It’s not uncommon to see elves and dwarves, but spirits, dryads, and nymphs are more unusual. It’s a refreshing departure from the usual checklist of fantastical creatures, which encourages young readers to explore mythology and other things they maybe weren’t previously familiar with.

Finally, Reil spends a lot of time in the beginning of the book developing his characters. In some ways, this takes a lot of the time of the book. However, being the first book of a trilogy, some authors forget that having well established characters is critical to having a strong set of stories. On the other hand, the amount of time dedicated to the character development can be cumbersome, if not well done. Because the story stayed light-hearted, I didn’t mind the time spent on the characters by the time I got to the end of the book.

Overall, Elf Mastery is a fun, light-hearted book that is well-suited to younger fantasy readers.