The Call by Peadar O’Guilin 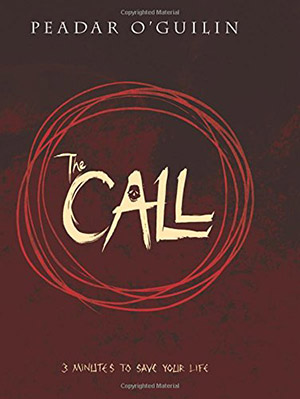 Peadar O’Guilin’s The Call is a combination of young adult dystopian, fantasy, Irish mythology, and horror layered with the elements of survival, despair, dignity, friendship, and hope. Every teenager in Ireland will receive the call: the Sidhe, fairies exiled centuries ago from Ireland to another realm, will call a teenager to their world, the Grey Land. Then the teenager will have to outrun and hide or fight to survive the three minutes and four seconds, which in the Grey Land is a whole day. If they are caught, they will be mutilated and molded into a monster or be killed. Then they are sent back to the same spot they were called, alive or dead. To prepare for this call, children go to survival college at the age of ten to learn how to defeat the Sidhe, however, the odds are that only one in ten students will survive. This story follows the main protagonist, Nessa, who had polio as a child, and no one believes she will survive the call, causing her to work much harder to prove everyone wrong. Since Ireland is cut off from the rest of the world, no one can leave or enter—the teenagers must rely on themselves to survive.

This novel is told through third person point of view and uses present tense, making the story fast-paced, and suspenseful. Multiple points of view are a great addition to the story allowing the reader to experience multiple characters’ calls, and know their ambitions, motivations, and feelings. The characters are very diverse protagonists, antagonists, and neutral characters and their own individual chapters allow for great character development. Each person’s decisions and motivations during the call truly display and shape the type of person the character is. Nessa is a strong protagonist who overcomes her disadvantages and trains harder than everyone everyday. She is very relatable and develops from forcing herself to have no emotions to learning to have meaningful relationships with friends who help one another with honor and dignity.

The culture developed by the author is excellent from the survival colleges to the Grey Land of fairies. The Grey Land is full of nightmares and monsters, providing plenty of obstacles for the characters and adds an eerie atmosphere to the story. The Sidhe are horrific and use the call as a form of entertainment by hunting each person in reveng and remain joyful even when they are dying in battle. The culture of the survival college is very rigid and chooses to separate people from forming bonds and relationships. This is due to having to rely on themselves with no distractions as they enter the call alone. They participate in practice hunts, learn to speak Sidhe, listen to the testimonials of the survivors whose minds are still intact, and practice fighting. They all learn survival skills together and it becomes their home.

The themes of determination, dignity, and survival are key elements in the book. Nessa’s determination to survive is what fuels her strength. People want to come back from the call with dignity and honor as society cares about the survivors, however, those who know they are going to die during the call sometimes choose suicide so they are not returned to their parents dead and disfigured by the Sidhe. This story displays some of the consequences of past choices and how history affects the present.

The Call is an enthralling, suspenseful tale of survival combined with elements from several genres. This young adult novel will captivate readers of The Hunger Games and people who enjoy a well-written, unique and surprising tale that leaves the reader eager to find out what will happen next.