Heroes of the Frontier by Dave Eggers 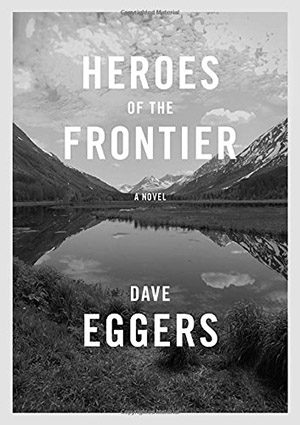 Heroes of the Frontier centers on Josie and her two kids, Paul and Ana. Josie, a once successful dentist, is currently languishing due to the death of two patients and a deadbeat father of her kids. Even though the deaths are not due to her negligence, Josie cannot shake the black cloud and decides to run from Ohio to Alaska with the kids. She rents a dilapidated, outdated RV and visits her sister Sam. Seeing Sam brings back old memories of their childhood that are less than good. Should Josie relish in her new found freedom or sink to new depths as she tries to wallow in her sorrow?

Josie is haunted by her own upbringing, which makes her want a better relationship with her kids. Since the kids’ father is nonexistent, Josie wrestles with how to be a better parent. This reviewer does not believe this is one of Eggers better works. The story and writing feel fluffy with no real dialogue or emotion. As a mom, it is easy to identify with kids being the priority but running to Alaska feels random and undeveloped. Topics of failure and the desire to do better with one’s children is a modern day dilemma, but unfortunately the story gets caught up in miscellaneous details that detract from the overarching goal of working through one’s pain to find redemption.