The Innocent Have Nothing to Fear: A novel by Stuart Stevens 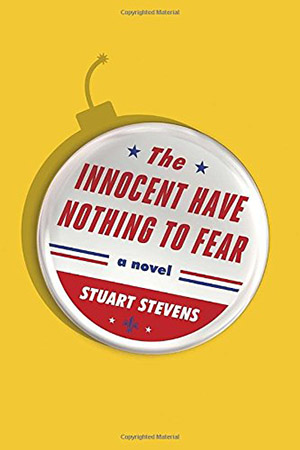 This book has a great title, which has little or nothing to do with the story. No matter, it’s a pretty good book.

The story follows the efforts and trials of J.D. Callahan, the campaign manager for one of the Republican candidates heading into a brokered convention. There is Hilda Smith, his candidate, and Armstrong George, the right wing law and order candidate. There is tension there, similar to what we are going through this election cycle. The insider tactics, uncertainties, and betrayals are all there and the feeling is factual, if fictional.

J.D. comes from New Orleans, so there is plenty of opportunity for the past to rise up and complicate matters. He has one brother who wants a favor, and another brother who kind of might like to blow things up. J.D. also runs into his high school girlfriend, Jesse Fenestra, now a reporter. She is possibly the best character in the book – a sly, gun toting vixen who supplies trials and delights.

In fact, there are at least twenty-one characters, which makes it a little hard to keep them straight. There’s Secret Service, FBI, and New Orleans Police officers to remember and in the swirl of events, some confusion is inevitable.

All in all, it’s a good read. I found myself looking forward to the next time at Starbucks, where there aren’t any dogs to interrupt. The politics is believable, as is the bomb plot, and the ending is satisfactory. If this piques your interest, I think you’ll be satisfied.