This Must Be the Place by Maggie O’Farrell 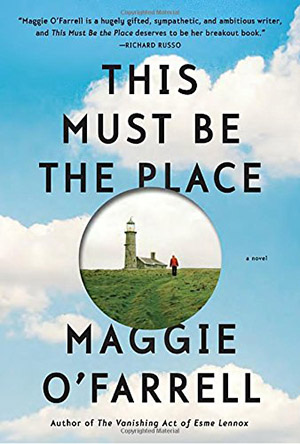 This Must Be the Place is a complicated read centered on bizarre characters and an unusual format. Daniel Sullivan has children and a former marriage in California but ends up in Ireland where he meets his current wife, Claudette. Claudette is an odd, eccentric person that was once a film star but now prefers to be hidden away with her children. Daniel learns of a former lover’s death, which sends him down a tailspin of revisiting the past. He sees his children from his first marriage after years and years of not talking to them. He visits the former dead lover’s city and begins to question how he has spent his life.

The format of this book is varied, moving from present to past in each chapter. There is a chapter of pictures and a catalogue of Claudette’s memorabilia from when she was famous. Another chapter in the book was written in the format of a transcript. Overall this book was just too bizarre for this reviewer to follow. It was difficult to figure out the characters and although creative in its approach, the story with the multiple formats made it unwieldy to read.