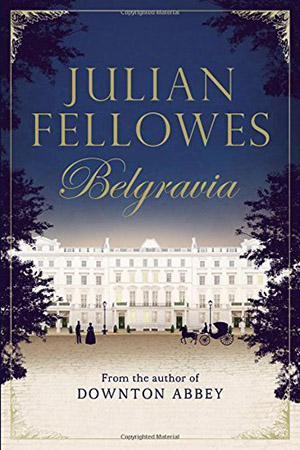 In the year of 1815, the daughter of James Trenchard, an ambitious tradesman who was the chief supplier for Wellington, received an invitation to a ball. It was not just any ball, but the infamous Duchess of Richmond Ball. Sophia Trenchard had caught the eye of Lord Bellasis who secured three tickets to the ball for Sophia and her parents. Little did she and Lord Bellasis realize how drastically their lives would change after that fateful night. Little did the Trenchard family and the Bellasis families know how their lives would become entangled after that fateful night on June 15, 1815. Twenty-five years later fate brings these two families together again. Secrets from the past prove to be true and surprisingly bring hope to each family.

Julian Fellowes” historical novel Belgravia is set in the year of 1840. Fellowes’ inclusion of the site of Belgravia gives substance to the story, as the site is known for its high society British clientele. The dialogue flows easily and is rich in content. The characters are saturated with their individual flaws that allow the reader to love or hate them. Included in the story were truths about distances from place to place during that time period. The only negative found in this captivating novel came in the dismal development of the “downstairs” help. As a Downton Abbey fan, readers might expect more. This is however, a thoroughly enjoyable fast paced story. It takes the reader on a journey through past British society from the wealthy Bellasis family who has lived off their estate for generations, to the rising new middle-class rich people like the Trenchards. A must read for Downton Abbey fans.