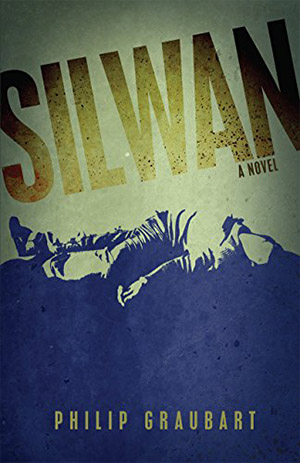 Philip Graubart’s new book, Silwan, tumbles the reader into the midst of the complex world of modern Israel with its myriad Palestinian versus Israeli issues. Judah Loeb is a somewhat sad, middle-aged investigative reporter who views his life as less than it could be, mostly because he continues to fixate on his past. His fifteen-year-old tech savvy daughter helps him reconnect with Ilana, his first love over whom he continues to moon. When presented with the opportunity to go to Israel, he jumps at it even though the offer comes from an odd source. Israel is where he lived with that first love and where she currently lives with her husband, his former best friend and college roommate.

The story opens with Judah and his daughter Hannah accompanying his ex-best friend Moshe as he talks on two cell phones, attempts a conversation with them, and dodges cars both on the same side of the road and on-coming. Moshe has been called to stop a riot in Area C, a section of the West Bank under Israeli control. He bargains an end to the standoff before it escalates into an even worse riot. Within a day, Moshe is arrested for the murder of an Arab youth who was working with him. Judah, for his part, is purportedly there to write the story of what keeps ‘murdering the peace’ between the Arabs and the Jews, but his thoughts and focus repeatedly return to Ilana.

Graubart writes a fast-paced story that weaves the intricacies of Arab and Jewish relationships with the personal relationship between Judah and each of his old friends as well as the relationship Hannah has with Judah and with Judah’s old friends. At times the twists and turns appear random as they gradually assemble themselves into a coherent and complete structure. The ending of the novel is both predictable and not, which makes Silwan an enjoyable and thought-provoking look at the variety of relationships people can have.