The Mysterious World of the Human Genome by Frank Ryan 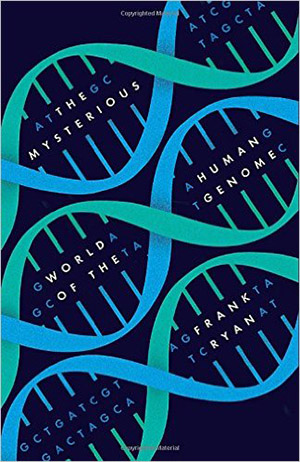 In The Mysterious World of the Human Genome, geneticist Frank Ryan, an Honorary Research Fellow in Evolutionary Biology at Sheffield University in the UK, provides a smoothly-written overview of human genetics, from its historical origins to current discoveries and future prospects. With an assumption that the reader is not knowledgeable about genetics, Ryan says “there will be no complicated scientific language, no mathematical or chemical formulas or unexplained jargon.” While the author succeeds at keeping the text simple for the novice, enough terminology (such as SNPs and haplogroups) is introduced that a glossary would have been beneficial to the reader for quick reference rather than having to return to sections of the book for refreshing.

The book’s twenty chapters can roughly be divided into three sections. First, Ryan gives a history lesson on the biologists who pioneered figuring out how human heredity is passed down and the structure of DNA. Second, the inner workings of genetics are described in detail. And finally, Ryan discussed how advances in genetics have given insight into the paths of human evolution. Those well versed in the topic or in the field themselves may quibble about Ryan’s emphasis on the importance of symbiosis and epigenetics to evolutionary change, but overall this text is a well-written introduction to human genetics.