The Weird Life of a Writer: When Does Stalking Cross the Line? by Jennifer Levine 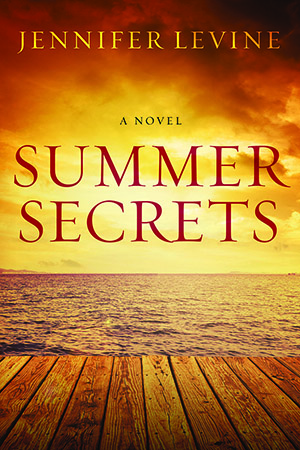 The Weird Life of a Writer:
When Does Stalking Cross the Line?

If you’ve ever had a friend who’s a writer odds are, during introductions, you’ve felt compelled to explain away one of the obvious quirks by adding, “he’s a writer.” This inevitably results in a nod of acknowledgement. As if writers fall into a moderately handicapped group. Of course there is a limit, never discussed out loud, of no more than one at a dinner party.

I’ll admit it; we are a weird bunch. My husband will find me sitting on the couch with a cup of coffee in my hand staring into space. I’ll have been that way for a while. “I’m writing,” I tell him even though my laptop is in another room along with my Waterman pen and notebook. (I’m passionate about that pen.) He stopped pointing out the obvious years ago and simply goes on with his day. Smart guy considering we are artists and creative types. We paint books and stories using words.

How do we observe the world? Writers are world-class stalkers. We call it research. This “personality trait” is one of the things that separates us from the rest of you non-writers. And if I need to be honest dear readers, I’m not exactly sure where the ‘do-not-cross’ line to crazy-town is… I suppose I’ll recognize it when I see it.

I collect people. Sometimes covertly, and sometimes overtly, I listen in on conversations. I watch mannerisms, how people dress and I take notes. Young couples having a fight in Target will never notice you following them to listen in on the argument. Much as I’ve wanted to, I’ve never broken in to settle the argument. I suspect one of these days I won’t be able to keep my big mouth shut.

My favorite situation I tend to get myself into is when I strike up interesting conversations with random people. It inevitably leads to an invitation to a spiritual cleansing drum ritual or cherry picking at dawn. I have a rotating group of friends who look at me with skepticism when I passionately plead “trust me, you’ll have fun on the infield watching a NASCAR race on a short track” as I drag them along. So far these moments have ended in Lucy & Ethel scenes resulting in great stories with loads of laughter and colorful figures who work their way into my writing.

But what really puts writers into a league of their own when it comes to stalking is Google. Just take a look at our search histories. For instance in my second novel, I needed an independent pizza place near a SUNY college… a few clicks later not only did I have my pizza place but I discovered the owner was known to park his Harley by the kitchen door. Nice realism. No question it’s making it into the book. More than I bargained for but I like it. The owner is going to be very confused if he ever finds out about the passage in the book. And now I know quite a bit about some guy in Long Island who owns a pizza shop. Stalker.

My writer friends and I have laughed as we visualize the FBI and CIA surrounding us as we sit in a Starbucks with search histories of “Putin’s Horses” “Presidential Succession” and “What causes most the pain without loosing consciousness.” We picture them calling off the fighter jets explaining we are a group of writers, together, in one place with free Wi-Fi.

Which brings us back to that unspoken rule of never more than one writer at a dinner party. Inevitably wine is served and writers tend to drink their fair share as they lament over the ghosts that haunt them on their current work. If two, or more, are gathered someone invariably brings up the Oxford Comma and from there it gets ugly. There are those who believe and those who do not. Add a little more wine and there is no telling where the conversation can go.

Jennifer Levine has an unusual obsession with coffee, a natural prerequisite for becoming a writer. Being the kind of person who jumps into the deep end, Jen began her fiction writing career by entering NaNoWriMo, a yearly writing marathon with the goal of writing 50,000 words in 30 days. Summer Secrets is a product of that contest. You can follow her on Twitter: https://twitter.com/jenji FB: https://www.facebook.com/jennifer.levine1 or at her web site which includes her blog on the journey to become a writer: http://www.jenniferlevineauthor.com.