The Beekeeper’s Daughter by Jane Jordan 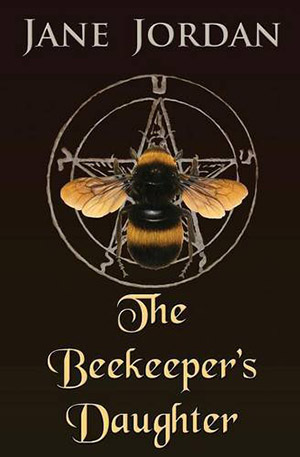 Annabel Taylor is a wild girl and a charmer of bees. The child of a rumored witch and a beekeeper, she spends her days roaming the English moors. Her life of freedom changes when she is sent to school and she is initially miserable until she meets the blacksmith’s son, Jevan. His spirit is as wild as hers and they quickly become best friends and, as the years pass, lovers. Annabel is devastated when Jevan leaves for London but finds solace in her new friendship with Alex, the heir to the local estate, Gothelstone Manor. She does not love Alex, however, and when Jevan returns to her life, she is torn between the two men. Things get more complicated when Annabel realizes that she is part of a long legacy of witches and that she may have more power over her own life than she ever realized.

The Beekeeper’s Daughter, by Jane Jordan, is a fairly satisfying gothic novel set in the atmospheric moors of England. While echoes of both Wuthering Heights and Jane Eyre are apparent in this novel, there are enough differences to make it feel new and fresh. Annabel is a great heroin – smart, outspoken and headstrong. Her ability to charm bees and manipulate elements is an interesting and unusual one. Her relationship with both her father and Jevan’s father are well written, complex and loving. The overall story arc is a good one and shows how Annabel life mirrors her family history due to a destiny she is completely unaware of, although a little more focus on Annabel’s powers would have been a nice addition. She seems to suddenly have them and know how to use them all at once.

The main drawbacks of the book are the two romantic partners for Annabel. Neither of them are what any sane person would consider a great suitor and both are cruel to Annabel in different ways. Given Jevan’s behavior towards her, it’s hard to understand Annabel’s undying passion and love for him. What’s even harder to understand is her defense of him after a particularly brutal and violent interaction with him. The other romantic suitor in the novel, Alex, has better manners but is just as cruel, albeit in a different way. By the end of the novel, the reader mostly hopes Annabel will leave both of them in the dust. Overall, The Beekeeper’s Daughter is an enjoyable read and fans of gothic Victorian novels will enjoy it.