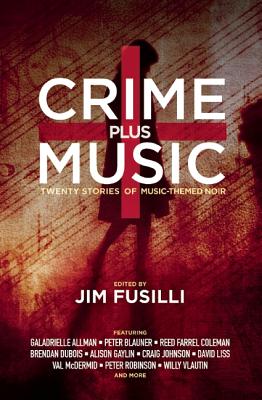 This book contains twenty short stories written by twenty different authors. At the back of the book there is a short (two-to-four sentence) description of each author and their work. While the title of this anthology does imply music existing in the stories, to say it is “music-themed” is a significant stretch for a number of them. The presence of music presented in the stories ranges from a song being played (only giving some minimal to insignificant impact to the story) to substantial mention of music, song, and instruments with minimal to moderate impact on the story. Unfortunately, the music is rarely the central idea, subject, underlying meaning or theme of the story.

Certainly, the music may be the focus or interest of the individuals involved in each story but the it is the behavior, beliefs, decisions, and actions which drives the characters and stories. As to noir, crime fiction with moral ambiguity, fatalism or cynicism, there are about seven stories that significantly mirror this definition. The others are softer. This reviewer enjoyed and considered time spent reading the following titles worthwile: “The Misfits” by Naomi Rand; “1968 Pelham Blue SG JR.” by Mark Haskell Smith; “All Ages” by Alison Gaylin; “Are You with Me, Doctor Wu?” by David Corbett; “The Long Lament” by Brendan DuBois; “Vincent Black Lightning” by Tyler Dilts; “Watchin the Detectives” by A.J. Hartley; and because of enjoying his novels, “Unbalanced” by Craig Johnson. If a reader is interested in some combination of noir, music, as well as short stories this anthology may be enjoyable. However, people expecting a strong musical theme throughout the collection may be disappointed.