Gringo: My Life on the Edge as an International Fugitive by Dan “Tito” Davis, with Peter Conti 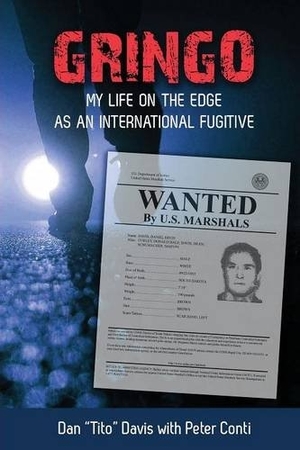 Dan “Tito” Davis has lived the kind of life that is often only seen in film. Raised by parents deeply affected by the Great Depression, Davis gains an appreciation for finer things at a young, impressionable age after enjoying the staggering income acquired by racing horses as a jockey. Then while attending college, he realizes the business opportunity to be made selling White Crosses to his fellow students. With an enterprising mind, he quickly finds himself moving from peddler to supplier and making millions doing so. He makes a few mistakes along the way, trusts the wrong person, and is slapped with charges for peddling hard drugs. Framed for a crime he actually didn’t commit, Davis decides to go on the run and what follows is a border hopping adventure to South America.

From South Dakota to Venezuela, Gringo: My Life on the Edge as an International Fugitive is a fast paced, roller coaster adventure that will leave readers completely hooked, and completely exhausted trying to keep up. Davis struggles with acquiring false paperwork, encounters kidnappers, smugglers, assassins, scam artists, and prostitutes; some become his network of friends and support while he falls victim to others. Despite these harsh labels, Davis also manages to humanize the people he encounters by describing their families, their day jobs, and illustrating often how they are making the best of the situation life has thrown them.

This certainly isn’t a book for everyone; people with weak stomachs, have a hard stance against prostitution (legalized or not), or who are not willing or able to look at different cultures without judging them by American standards will probably have a hard time with this book. The writing style isn’t the most elegant, but it is gripping and will keep readers invested despite the few unnecessary repetitions and occasional typo. While the focus of the book is on the time spent as an international fugitive, it does end rather abruptly, and readers could possibly feel a bit unsatisfied receiving little to no information about Davis’s life post incarceration.

This book is a unique look at the inside of lives lived skirting the edges of society, of illegal or barely legal business ventures, and how one decision can completely send someone’s life into a different direction. It also serves as a different point of view into the War on Drugs pushed by the United States and how it affects people, and how dramatically laws have changed from the 60s and 70s to now. Whether or not you sympathize with Davis and the people he met over his life, Gringo: My Life on the Edge as an International Fugitive is a hard one to put down.