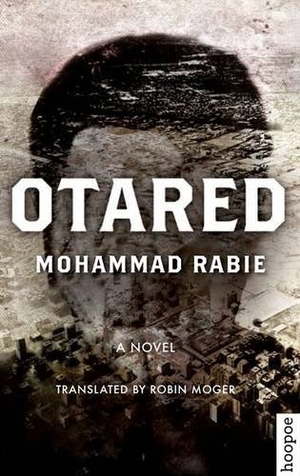 Mohammad Rabie’s Otared is a novel built on hardships and the detachment that it creates. It’s a look at poverty and struggle in Egypt in AD 2025 as citizens seek out existence in Cairo’s war-torn landscape. Otared’s matter of fact tone and simply put depictions of violence is both an attribute and at times makes it a terrifying read. It is filled with scenes of cannibalism, fetuses, sexual endeavors with trodden prostitutes, and the ever-pressing threat of a bomb or a bullet coming at you in the distance. Little is left to subtly or imagination in these scenes but they’re told in such a straightforward way that they work as truth. There is an old man who carts off dead bodies to bury them, a sniper who goes on a shooting rampage from a tower, and thousands of dead lining the streets of Cairo.

“The beginning”, or opening chapter I fear may turn off many readers entirely and after reading through Otared, it’s payoff is questionable. Following “The Beginning” the plot moves to 2025 in Cairo where a group known as the Knights of Malta forcefully overtake the government. It is told in first person from Captain Ahmed Otared who joins a resistance group with several others in a tower and is assigned to snipe out leaders and then eventually anyone he chooses. Otared is given a metal mask, a mold of his face to wear, and as a faceless man he kills without provocation from the tower in Cairo.

I praise Rabie for scenes like the one where Otared, who is part of the resistance in Cairo against an invading force, is forced to move between parts of Cairo through an inner bridge and a tunnel that connects the two. Here he meets a 60-year-old prostitute with one eye. She works quickly with no pleasure and with the efficiency of repetitive machine, leaving Otared by himself behind an old curtain. It is these quick, detached scenes which make the novel work at all. There is a gritty charm in its pages. Everything is old and dusty. Especially the people.

As this continues in the tower in Cairo, Otared loses himself more and more. It becomes not so much a novel of plot but rather of detachment and pure aesthetic. Consider the scene where Otared is internalizing the plight of the citizens of Egypt and their apathy towards the occupation of the invading Knights of Malta, “Apathy had killed us and no longer had it in us to take a stand, as though we were paralyzed or dead.” It is a deep feeling regarding the citizens of Egypt and their future. Is then when Otared is given a message, “At 7 P.M. send them all to heaven….”

It becomes clear that the feeling of society is broken, and hopeless. It leads to a shooting rampage and in a strange way a political statement about the disposition of people in times of never ending war. This seems to be both a macabre solution and a detached irony that a former officer would not be bothered with the killing of so many. Otared in fact shrugs it off, and for pages we’re left with “I killed….” over and over until you become desensitized to the act.

Otared then switches plot lines to go back to 2011 to tell the story of Zahra, a four-year-old girl who is abandoned and then taken in by Insal and his wife Leila. It is confirmed that Zahra’s mother is dead and no one can find the father. Insal searches hospitals for the missing, wounded and the dead only to realize he has no idea who the man is or what he looks like. He is then told in order to identify the man he must bring Zahra to the morgues to find him. Zahra stays silent through it all, unaffected, calm, and only bewildered by the smell of the dead. It is a further statement about both the fate of Cairo’s people and its current state of detached, ex-fear. Many have seen the worst, from the four-year-old children to the old who carry the dead away.

Otared is an unorthodox novel both in terms of its story-telling and its format. I give credit to a strong translation by Robin Moger and Mohammad Rabie himself who effectively creates a minimalist depiction of war and death. Some may be turned off by its brutality, but Rabie’s imagination is enough to create quick and fulfilling read that is honest in its depictions and provides a haunting look at the effect of war and of people who have seen too much of it.