The Theory of Sam by Ann Grant 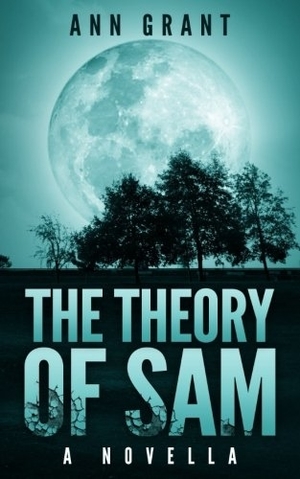 Ann Grant’s The Theory of Sam is as short as novella’s come – in under 90 pages it can be read in roughly an hour. It is 10 short chapters from start to finish and spans just three days in the life of Sam Walker and his life as an English teacher in San Francisco. Here it falls below some of the greater short novellas that come to mind (Bolano’s By Night In Chile, McCarthy’s Child of God, or even Shirley Jackson’s We Have Always Lived In the Castle). There’s a comfort in the short novel – The Theory of Sam isn’t nearly on par with the previously mentioned books, but it is enjoyable enough and it does offer the comfort of a whole story that can be read in a short time.

Its brevity isn’t always brilliant, in many places it is a very amateur novel, but its ending is something interesting. To describe it would be to ruin it, but author Ann Grant does a nice job alluding to it throughout. The ending and Theory of Sam as a whole land somewhere between Bradbury and The Twilight Zone. The affection towards space and the universe combined with how ordinarily an extraterrestrial event can take place stated in a matter of fact manner and together with a strange twist that could have very well been a Twilight Zone episode and works in Grant’s favor. The Theory of Sam works because it is short and very simple, but has some wonderment between its lines.

Sam Walker is an English teacher in the area who lives with his wife but begins teaching his students about origins of the universe that are not in the curriculum – or a part of English in general – this involves early scientific theories into how energy created the universe and other theories. He’s called into the principal’s office and explains he’s teaching about myths and the creation of the universe clouds which formed from the sun. It’s a stretch for high school English curriculum. He’s advised to stop this by the school Principal or else lose his promotion.

Soon the earthquakes begin getting worse and bring with them black sand. Sam’s relationship with his wife is hostile, she doesn’t want to hear about his theories or see his papers taking up their dining room table anymore. Along with that Sam has a growing affection to the neighbor Lauren who works as a nurse. The feeling becomes mutual and the two fall for each other a little fast even for a short novel. Eventually Sam’s ideas become too much for the school and the administrator and he is soon let go.

From there things moves very quickly as Sam leaves and is forced to Honolulu where his sister Annie has drowned in a Tsunami. During this time, Lauren has disappeared and Sam must flee wondering where she has gone. It’s a nice quick pace that Grant creates here through short chapters and a fulfilling ending. For a short novel, it’s nothing extraordinary, but it is a quick and enjoyable read.

Short novels are difficult but I think Grant is onto something in some of her pages. For instance, Sam’s theories on the moons and how they began the universe are interesting enough – and especially how they tie to the end, but Grant could use some more of the human element in her story. The marriage between Sam and his wife falls flat – even if they have fallen out of love there doesn’t seem to be any lingering desire. Sam and his wife seem to suddenly hate one another one day but it doesn’t ever appear more complicated than that. Were they ever in love? It’s stated they were but in the short span of the novel it never seems like it could have been possible. The back and forth holds little weight and then Sam and Lauren fall in love in mere pages – almost as quickly as Sam and his wife separate – but it doesn’t have the whirlwind spontaneous feel of life in motion but it is rather stilted and unrealistic in how quickly it all turns.

I’m not entirely sure the age group specified for Theory of Sam, possibly young adult or new adult, but it is enjoyable enough for anyone. One a final note it also includes a short story, The Night Mason Disappeared about a babysitter who loses the child she was babysitting to a form of rock aliens. It doesn’t work quite as effectively as The Theory of Sam. Both lack depth, but Grant can surely grow as a writer. The ideas are there, the theories just have to develop into more rounded-out characters; but for a short novella Grant creates enough interest to make a reader wonder and also imagine what happened next long after reading the final page.