Hashes And Bashes by PJ Colando 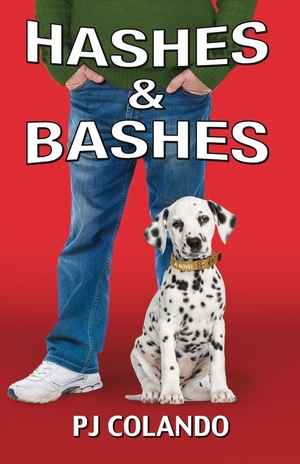 Set deep in the Midwest, This self-published title from PJ Colando is a strange mix of things. It has Americana in its pages about football games, farming, large gatherings, and church. Yet it pushes some strange boundary introducing themes of marijuana and baking. It’s hard to determine what to make of such a book. It’s remarkably amateur, yet at least somewhat endearing. There is at the very least a charm in its attempt – and in its family ties within a small town community that are workable, but for a book built on these features, there are far better novels that create this feeling of family togetherness.

The title itself is a made-up phrase to describe life’s ups and downs – Hashes and Bashes – as it’s described in a final epilogue, “All of life’s hashes and bashes seemed to work out.” I’ve not found the phrase anywhere else other than within the novel, but its implication is a double meaning I suppose of the pot laced braced brownies and the way life works with its comings and goings. The novel itself starts on a strong enough note when Steve, a farmworker and church deacon, notices a strange figure looming in the distance. It turns out to be his half-brother, Carl Edwards. Carl soon moves in with the family, which includes Steve’s wife, Jackie, and son, Brandon. Of course, adventures start from there in the community as you start to understand the quality of their lives, church, phone gossip, farming, and family outings.

Carl is less like his brother Steve. Steve stays upright in his church living while Carl is more into beer, women, and sports. He is laid back and handsome. Steve begins to wonder more about his origins and where he has indeed come from, prompting a search when he realizes Carl introduced himself with a different last name. The investigation continues from there and essentially Hashes & Bashes boils down to a very linear and altogether average beach read, created perhaps for those who live the very lives of its characters – small town farm workers and midwestern housewives.

Characters end up pretty much where they began in the book, with not a lot of character growth. Between Jackie who works at in a cafeteria, and their son Brandon, who stars on the football team and continuously is chased by girls, it seems pretty standard, although It does fit somewhere in that niche of midwestern Americana and small town humble living. I don’t doubt that some may enjoy it as a sort of off the wall, self-published work, which has gained author PJ Colando some notoriety in her circle of writers, but in the large field of novels and writing it doesn’t add up to much more than a very average read. There are certainly some laughs within the book and there are some entertaining moments – it includes some strange recipes in a back section for Stoner Lemon Bars and Lemon Lushes – and then a reader’s guide, which seems overly simple, as though it is designed for elementary school readers. Which is fine, although the question then arises, within a book that mixes church goings with secret pot filled baking goods, is that a theme that would work well for adolescents? Perhaps. But it seems an unorthodox mix in an altogether bizarre and completely average book.