The Impossible Fortress by Jason Rekulak 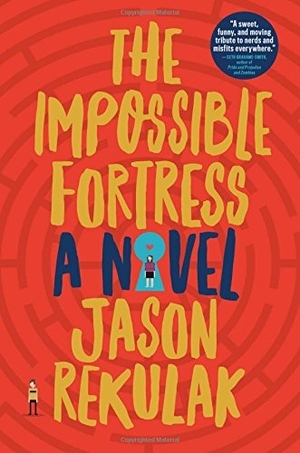 In 1987 Billy, Clark, and Alf discover the photograph publication of “the pride of our nation” (Vanna White) in the primer men’s magazine, Playboy. Thus begins the quest by the 14-year-old best friends to obtain a copy of the magazine. Billy is the protagonist of the story who has a fascination with learning to program computers, which carries a negative impact on his school work. They live in a small town, west of Staten Island, which has declined over the years. The only store to sell the magazine is a local store run by a gentleman named Zelinsky, whom they must circumvent to successfully conclude the quest. Beginning with simple plans their efforts become increasingly complex. They must face the opposite sex, computers (some code and games), the police, and “scaling” a mountain as some of the challenges to complete their quest.

Mr. Rekulak writes with humor and an awareness of the mindset of teenage boys and this comes across quite clearly. His descriptions and development of the situations and interactions of the characters builds interest and excitement in the story. There are times where the flow or choices appear obvious; sometimes you are right, other times you’ll find yourself surprised. The book carries a good amount of nostalgia for older readers – due to the time in which it takes place and the old and now largely outdated computer technology used in the story – but is also very poignant and timeless with the issues the character face so the 14-18 bracket will have no problems identifying with the characters or the story.

As an added bonus, readers can actually play the game Billy and Mary make in The Impossible Fortress at jasonrekulak.com. This is an enjoyable and funny book that details the teenage years and its joys, failures, and angst.