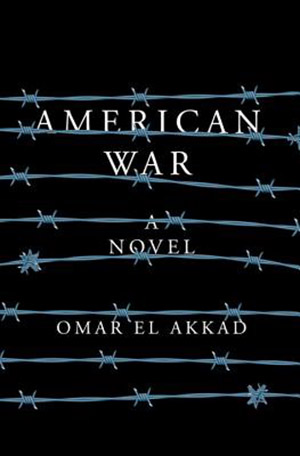 The South does rise again. With pretty much the same result, but the author has imagined a world quite different from the one we know, as a backdrop for this tale of desperate circumstance and savage people.

The war is precipitated by the Sustainable Future Act that prohibits the use of fossil fuels. The act was the result of climate change finally becoming undeniable, due to Florida, much of the Eastern Seaboard, and parts of the Southern Gulf States disappearing beneath the waves. But southern pride demanded release, and it came in the form of the assassination of the President by a southern suicide bomber, a retaliatory massacre and, still worse, a man-made plague that resulted in the South Carolina quarantine zone. There’s more, but no more spoiling, for now.

Against this backdrop, the story follows the Chestnut Family: Ben, the father, Martina, the mother, Dana, Simon, and Sara T, known as Sarat, The children. After Ben is killed applying for a migration permit to the north, the family moves to Camp Patience, a refugee camp near the northern border where they remain until the massacre by union troops.

Before the massacre happens, Sarat comes under the influence of a Svengali who is working with the Bouazizi Empire, a Middle Eastern EU, to destabilize the situation and prolong the war. Sarat becomes an effective agent and kills with rifle, bombs and, ultimately her final revenge. The process of her recruitment is chilling and revealing at the same time.

The sub themes are the changed landscape, the destitution of the displaced and the lengths to which people will go to achieve their ends, no matter how futile or miserable. Think Abu Ghraib, Buchenwald, anything that you know can never happen here.

American War is Omar Akkad’s first novel. As such, it is a fresh, imaginative and well-crafted story. As an investigative journalist, he has covered many areas of conflict and has used this knowledge of troubles to provide an uncommon gritty feel to a story of a divided America. He has skillfully used his knowledge of the troubles in the Middle East and his knowledge of America to present a frighteningly possible composite vision of a future America that we’d do well to avoid.