The Book That Changed America: How Darwin’s Theory of Evolution Ignited a Nation by Randall Fuller 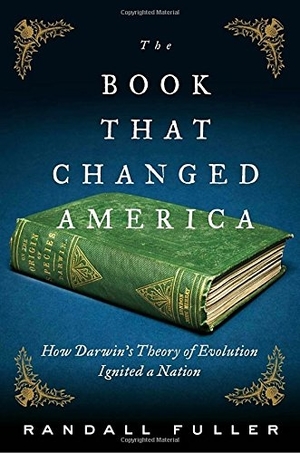 Having previously written a book about literature and the Civil War, wherein he briefly mentions Charles Darwin in a section about abolitionism, Randall Fuller provides in his new book a fuller account of the influence of Darwin’s On the Origin of Species and its evolutionary worldview on American society. In The Book That Changed America: How Darwin’s Theory of Evolution Ignited a Nation, he shows how the botanist Asa Gray, the social reformist Charles Loring Brace, the journalist and reformer Franklin Sanborn, the philosopher Bronson Alcott, and writer and naturalist Henry David Thoreau, all read and discussed from the same copy of Darwin’s newly published book, and took from it inspiration for their views about the most pressing issue of their time: slavery.

While Fuller does indeed show how Darwin’s theory could be taken by some – such as these New England transcendentalists – to see common ground for all members of society, whether by race or economic position, compared to the general view of responses to the Origin falling in a Social Darwinian, ‘survival of the fittest’ context, it is perhaps a stretch to claim that these men’s views “Changed America.” How so, based on their writings or speeches? How did their views affect the thoughts of every day Americans who perhaps did not read the periodicals in which they published? Fuller surely provides detailed context for these character’s lives in the time just before the Civil War, mining letters, diaries, speeches, etc., and peppering his narrative with literary references, but do five well-educated men from a geographically small region represent America? Not to deny the uniqueness of discovering a book in an archive that can be deduced to have passed through the hands of multiple historical figures, but a wider scope is necessary, one that perhaps does not center on a single copy of a book.