Choose to Rise: The Victory Within by M. N. Mekaelian 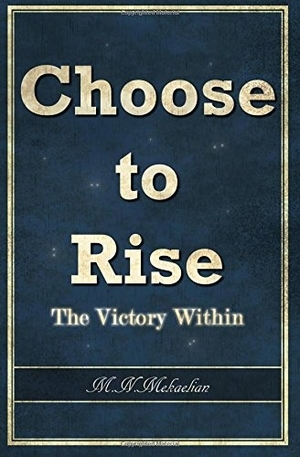 The historical novel Choose to Rise: The Victory Within by M. N. Mekaelian opens its story in a Chicago university in May 1971. Vartan Hagopian, an old professor with a splitting headache steps into his past while starting class. His unusual behavior causes the students to call for an ambulance. In the hospital, his brother, sister-in-law and their daughter and grandchildren arrive while he is in a coma. Realizing how ill his brother is, Armen Hagopian determines to relate a story he and Vartan swore they would never tell. He sweeps his family, and the reader, into the life of a much younger Vartan and Armen Hagopian beginning on June 21, 1913, on their farm and in their village in the Armenian province of Kharpert in the Ottoman Turkish Empire. The two youths live with their parents, sister, and maternal grandmother. Their chores include tending and picking the grapes from their vineyard and picking apricots from their orchard. Their family is close to two other families whose lives are intertwined with their own through not only the friendship of the parents, but also the special friendships of one child from each family with each of the youths. Armen’s best friend is Tavit and Vartan is enamored with Nadia. Mekaelian’s story also describes the importance of the church in their lives. The story finishes in autumn of 1915, in Jerusalem after devastating events and heartbreaking losses.

The first time I heard of the Armenian Genocide was in a history class discussing early 20th century world politics. The professor mentioned it as briefly as a footnote filled with numbers and dates while he spoke of events preceding and possibly contributing to World War I. Choose to Rise: The Victory Within carries the reader into the experience of that event. Mekaelian creates characters to love as well as characters to despise. The storytelling draws the reader in and moves smoothly between the two timeframes of 1913-15 and 1971. Mekaelian wrote the story to recreate a segment of personal family history as an Armenian. Then, as stories are wont to do, it transformed into a story of an event which affected family, country, and history. Choose to Rise: The Victory Within is an incredible story about a nearly forgotten moment in the history of the Ottoman Empire, Armenia, and the world.