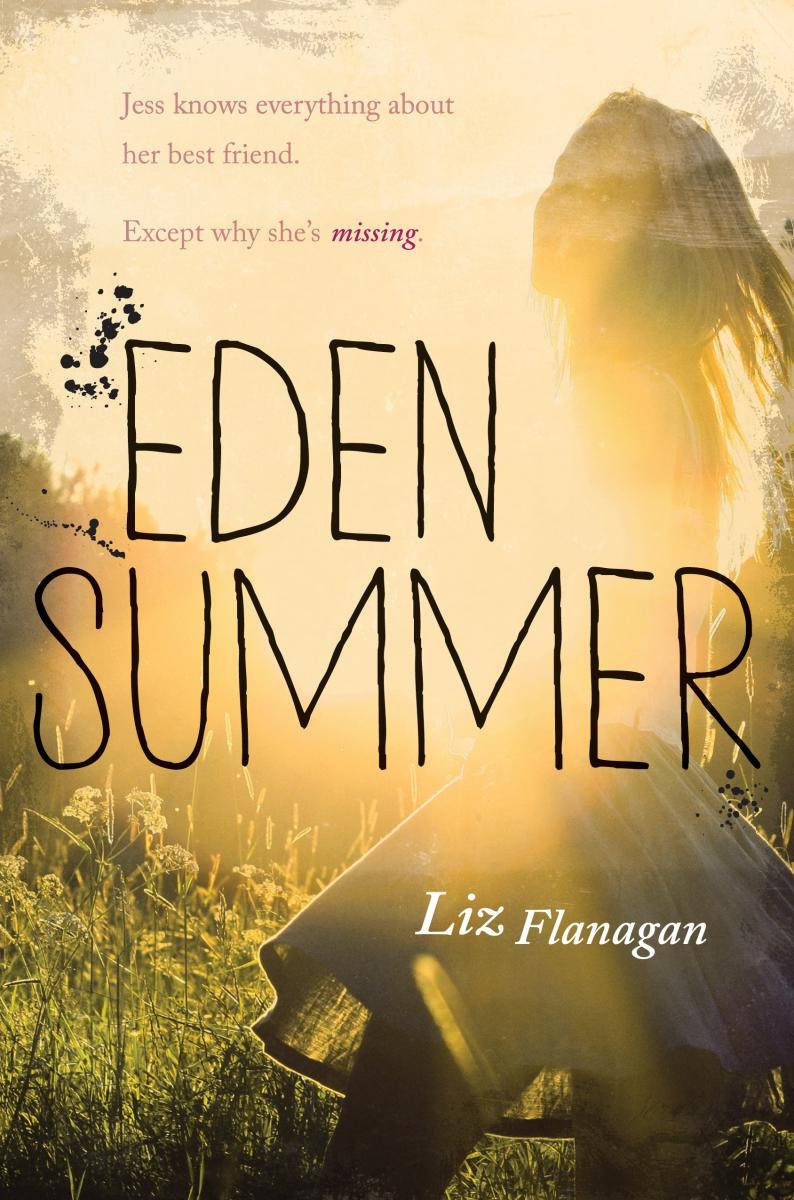 Jess Mayfield’s Monday starts out as any other: rushing to school and looking to find her best friend, Eden Holby. But this Monday was not like any other – Eden had gone missing and it’s not clear whether she was taken against her will or left on her own. Soon Jess finds herself talking to police and revisiting every memory she has of Eden to try to find some clue to her whereabouts. She finds herself teaming up with Eden’s boyfriend – and Jess’s long-time crush, Liam Caffrey in the search for Eden. As they look, Jess learns some truths about Eden and about herself that will change things forever.

Eden Summer by Liz Flanagan is a wonderful young adult novel about trauma and its effect on not only the traumatized person but on those around them. Eden and Jess both have their own trauma and both deal with it in different ways. Jess’s trauma comes from something that was done to her, and Eden’s from what she did to her sister. Their reactions to the trauma are also different – Jess turns inward and into herself while Eden acts out. The book nicely examines the healing process and how it can look different for everyone. The writing is well done and the characters of Jess and Eden feel alive throughout the book. The reader is immediately immersed in their world and their story. Overall this is a very satisfying book about trauma, friendship, and, ultimately, hope.