Most Wanted by Lisa Scottoline 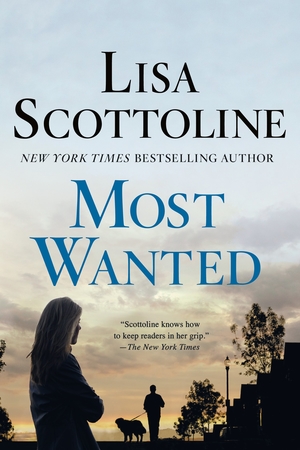 Christine Nilsson and her husband, Marcus, were faced with a life-changing decision when their long-sought efforts to conceive never happened. After multiple tests to evaluate each of them, Marcus was found to have cause for concern. Deciding to use a donor sperm to conceive, Christine became pregnant and both she and Marcus were delighted with this good news. A flash of recognition from a photo on TV showing a man “Most Wanted” by police for the murder of three nurses, Christine’s delight turns to concern; the photo of the criminal matched the sperm donor – the father of her baby.

Marcus becomes obsessed with aborting the fetus Christine is bonding with. As Marcus takes on lawyers to get information on the donor, Christine goes to the prison to meet the suspected murderer. With the strife building between her and Marcus, Christine starts to wonder if their marriage will be able to survive the pregnancy.

New York Times Bestselling Author, Lisa Scottoline, has written another legal thriller that is fast paced and sure to delight her old fans and new ones alike! She clearly is an innovative thinker. The plot is filled with twists and turns that help hold attention. The story is quite original and current and will make readers question the choices made within. Scottoline’s lead character takes charge of the situation and deals with the negative vibes that she receives in using a donor. All of the characters are believable and there are surprising humorous moments despite the tension. This reviewer did have an issue with the ending as it felt like not everything was resolved with the character, Zachary. He lied so many times it was impossible to truly believe him. Otherwise, Most Wanted is an enjoyable novel.