The World to Come by Jim Shepard 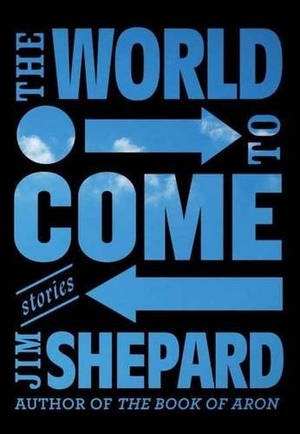 The World To Come is Jim Shepard’s latest collection of short stories that are all epic historical pieces that perform unimaginable feats of storytelling in the small space of a short story. The book is the latest from the author, whose four previous works all have accomplished similar feats.

The work of Shepard has been far ranging over his career. He has spun tales of greek myth, stories from Chernobyl to Nazi-era Warsaw ghettos to the pedestrian realities of American life. His latest is another far-ranging collection of stories about people who find themselves up against the edge of living. The stories are economical, but not sparse, empathetic, but not soft. Shepard wastes nothing and builds big to pull off one of the year’s best short story collections.

The opening story, “Safety Tips for Living Alone,” shows the interconnected lives of women whose husbands are stationed on an Air Force tower in the ocean. The story moves quickly through the lives of these people and all feels incredibly real. Shepard is able to show us how a life is lived and how loss comes about in such a natural way that its aches are felt off the page. His sentences feel big and unconfined. Emotions beat through the story and drive us towards the precise and leave us there as great stories as meant to.

The stories “HMS Terror” and the title story “The World To Come” are both as written in a diary-like style, using consecutive dates to cut up the narrative. He is able to use this style effectively in both cases. In the “HMS Terror,” he chronicles an 1845 Franklin expedition to the North Pole. The story starts as a basic log and gets more personal as danger and death become more present. The result is a gripping and visceral tale. Shepard plays again with Naval life in “Telemachus,” a story about sailors trapped in a submarine who long for girls back home.

None of the stories in The World To Come deal in sentimentality, but rather Shepard is a master of clear and vivid stories showing how beautiful and simultaneously cold the world is. The World To Come is a book by a writer at the top of his game, a magician of the small. Readers of short stories, fans of historical fiction, and those looking for great historically driven human narrative, as well as anyone in love with great writing need to read Shepard’s latest.