The Thirst by Jo Nesbo 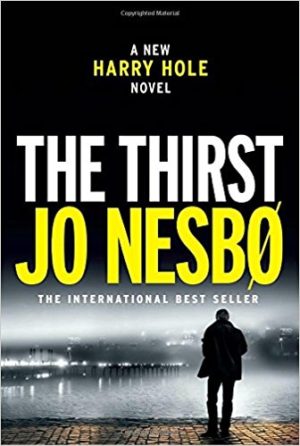 Jo Nesbo is the king of Nordic noir. If one person could be said to have put Scandinavian crime fiction on the map, it is Nesbo. His Norwegian-based hero, Harry Hole, is now an institution. The series started back in 1997 and The Thirst is the twenty-year anniversary of Hole and the twelfth book in the series.

As it opens, someone is killing women on Tinder. But this isn’t an ordinary murder, the victim (a self-identified Tinder addict) is found with a bite mark that looks as if a vampire might have been her assailant. There is only one man, of course, who can solve the case – Harry hole.

But Hole is retired, a lecturer now at the Oslo Police College. He is asked, but says no. Soon after, Hole is blackmailed into joining the case.

Things begin to spiral from there. Nesbo is a terrific writer and the book is a page turner. Nesbo does a great job of filling in the backstory for people new to the series, and for those who have been with Hole from the start, there are a lot of familiar faces.

More victims start to pile up and Hole soon realizes who the murderer has to be. A cat and mouse game ensues. But don’t worry, it is not as straight forward as it seems. Nesbo fills his book with complex twists and turns, so many that the twists become twists that twist on themselves. What you are left with is an evil that is truly terrifying.

The Thirst is a great read, maybe not Nesbo’s best (for the best in the series check out either The Redbreast or The Snowman), but it is still a great addition to a quintessential series.