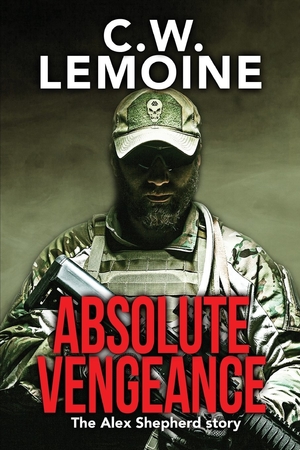 The truth of the saying “never take anything for granted” Sheriff’s Deputy and SWAT sniper in a small-town Mandeville, Louisiana Alex Shepherd learns in a hard way. He is not only severely injured while trying to prevent a cruel, organized by ISIS, terrorist attack on a school bus full of innocent children, but also loses his wife and a little daughter in this terrible massacre. Devastated, but willing to bring people responsible for their death to justice, Alex is going to the Middle East. Eager to revenge the loss of his family he becomes there a furious and uncompromising warrior against Islamic terrorists called by both friends and enemies “Wolf.” Through the scope on his sniper rifle, the fearless “Wolf” is looking for them and takes down. From his point of view, this essential and necessary war against these evils and their hateful ideology must be fought without questions by what methods and means.

“We wouldn’t win every battle and prevent every attack, but we had to at least try….”

Certainly, many fans of thriller genre are already acquainted with C.W. Lemoine, the Spectre Series’ author. Absolute Vengeance: The Alex Shepherd Story is Lemoine’s seventh book and reading this newest book is like watching a blockbuster. The book is full of actions, tough language, harsh and brutally vivid scenes. So, definitely, neither followers of the Spectre Series nor new readers would be disappointed by reading this page-turner. Although Absolute Vengeance can be read as a standalone book, its plot is connected to the previous six. Moreover, as the author notes in the foreword to the book, the storyline practically follows Stand Against Evil, the sixth book of the Spectre Series, only this time the story is written from a different point of view. It’s written from perspective of a person, who simultaneously is a victim, a witness and a punisher. Writing a supplementary book on the same horrifying and shocking events from a standpoint of a decent man, who was severely and deeply affected by those very gruesome happenings seems to be an appealing and engaging approach.