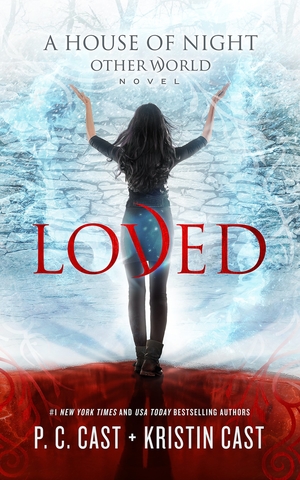 Zoey Redbird’s life as the high priestess of the North America High Vampyre Council is busy; she manages the schools across the country and is tasked with making sure things run safely and smoothly. She is also looking forward to turning eighteen.  When her friends and fellow council members coming into town to surprise Zoey for her birthday, however, things go from fun to dangerous. Zoey was visited with a warning that Neferet – a dark vampire Zoey and her nerd herd previously defeated – was stirring again. Zoey and the council must work fast to make sure that they and the citizens of Tula are safe.

Loved, by writing team P.C. Cast and Kristen Cast, is the next installment in the House of Night Otherworld series and is a continuation of the story of Zoey and her friends. Readers unfamiliar with the series are in luck; the book has a preface with the history of each character and the general storyline of the books. The characters in the book are written with distinctive personalities although very few of them stand out as whole characters themselves (Zoey and Aphrodite being exceptions), while the others feel more generic and bland. The story itself is a generally fun one with some nice twists and turns and the book overall is well paced. The book is geared for the young adult crowd but the writing in the book (but not the content) seems intended for younger readers. The authors feel the need to explain things to their readers by having their characters come across as very dense and having everything explained to them in detail. This makes the reader wonder how this group of vampires became part of the high council and how on earth they function enough to run a school.  That facet of the book tends to mar the reading experience and prevents the reader from fully engaging in the story or with the characters. However, fans of previous books will enjoy this latest installment of the series.