The Myth of Equality: Uncovering the Roots of Injustice and Privilege by Ken Wytsma 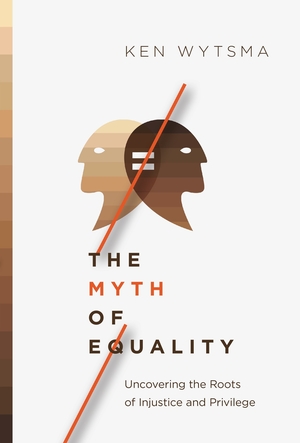 This book covers a tough subject with effects that run the gamut from subliminal to deadly. Ken Wytsma has exposed the muscle and bone behind racism and I believe that reading this thought-provoking book will help us shed our prejudices and begin to heal the rifts in our society.

Few of us are aware of just how deep seated and unconscious our racial attitudes are and how they have been shaped. The author explores the historical origins of racism during the age of European colonialism and how we Americans brought the attitudes of racial superiority along with us as we subjugated the Native Americans for our own ends.

We’ve made progress; Ending official segregation, making early efforts at affirmative action, and allowing the Indians to run casinos (ironic and insufficient). But none of that really addresses the attitudes that led to white privilege and a woeful lack of justice for those without a white, European heritage.

Mr. Wytsma is President of kilns College, a school of theology that promotes a ‘Theology of Justice.’ He brings a strong theological call for justice and a new understanding of the ‘primary justice’ that existed at creation when all was as God had intended. He calls for a restorative justice, particularly among fellow Christians, some of whom have forgotten their religion’s beginnings and have succumbed to the attractions of modern social norms.

The Myth of Equality is, in fact, mostly aimed at Christian readers. However, this atheist appreciated the entire book’s contents because the scriptural parts and the rest complemented each other and both point to one end: A just culture where the ‘different’ are not diminished, but celebrated. It can’t come too soon, and the author’s efforts will surely help.