The Wolves Within Our Walls by L.E. Flinders 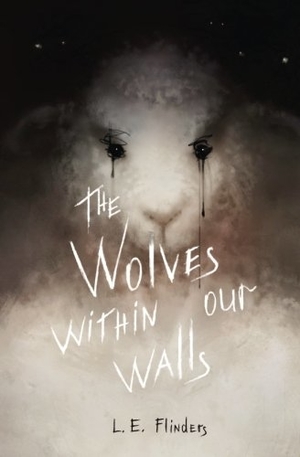 Set in 2021, The Wolves Within Our Walls is a realistic look at a future where the height of technology crumbles and those who survive the attack on the nation are left to wander and survive the best they can. It is a standard dystopian novel in most aspects, but it does a few unique things that help it. Zoe Wilkes is a 28-year-old waitress, and nicely written as a young girl who has lost her way and wasted opportunities in her life. The novel is told from her perspective as she writes, looking back in the year 2027. “I’m not sure how to start this…. I want to tell the truth about what happened here and why I did what I did.”

Zoe is a perfectly relatable character. I give credit to author L.E. Flinders for putting her at 28. She’s old enough where she could have certain things – at least compared to previous generations, like a house, kids, etc., but she’s still young. Flinders nails this with Zoe – she is an excellent protagonist.

Zoe starts out normally enough when the internet goes does down as well as power lines. Soon masses are huddled together in shelters with limited rations of water and food. Zoe is there with her friend Ben and the two escape. Ben wants to set off to find his sister, but Zoe wants to head back to their house, which is closer. The two split and Zoe searches through the abandoned town for supplies. She is attacked and wakes up in an off-grid housing community run by Jacob Malin, who built the several acres of housing, and Miles Kirby, a tech nerd who becomes a love interest for Zoe.

To Flinders credit, The Wolves Within Our Walls distances itself enough to be more than a typical dystopian novel yet it also has a lot of the contrivances of a standard novel. It’s rather one dimensional in places, yet is intriguing and will keep readers curious about what will happen next. As things progress and Zoe tries to find out more about the housing community, things of course are not as perfect as they seem. Miles is distant and keeps his true identity guarded. Zoe herself is something of a mystery as well.

We never meet her parents and her background is told mostly in short bursts. It’s a nice touch to be in first person and I think makes the novel work. We get things simply from Zoe’s perspective and it makes scenes, like where Ben and her part, especially effective.

At the heart of things, The Wolves Within Our Walls is about the characters and L.E. Flinders is mostly on point with the characterization. The story itself is mostly standard with a few twists, and the writing is straightforward and honest. The story revolves around late 20s to mid-30s adults, struggling within a world that has collapsed around them. Within themselves is the struggle for identity and purpose. It’s a story set in 2021 and a few years out, but could easily be something that could happen tomorrow. It’s a strong outing from L.E. Flinders, and not simply just compared with other novels not published by a large press.

Zoe tells her truth, and it is a difficult and eventful one worth reading.